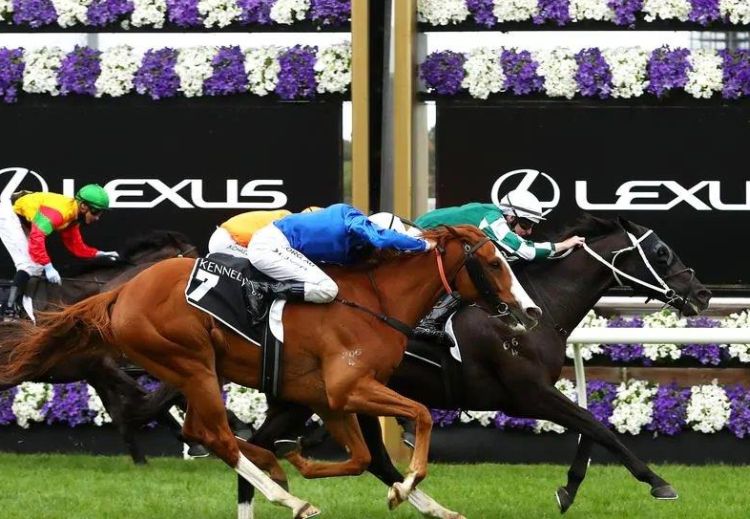 Gimmethegreenlight’s son Surcharge, who now races under the name Yulong Prince, won the A$1,5 million Gr1 Kennedy Cantala at Flemington today – a great achievement for an SA-bred.

Ridden by Damien Lane and trained by Chris Waller, the winner provided a first G1 win in Australia for Yulong’s owner Yuesheng Zhang after several seasons racing horses Down Under. Yulong Prince won over R10-million today.

Trained here by Stuart Pettigrew as Surcharge, he won the 2018 Gr1 Daily News 2000, and finished runner up in all three legs of the Gauteng Triple Crown that year.

The now 6yo entire was put through the ring and bought back for R550 000 by Dusty Trail Investments off the 2016 CTS Johannesburg Ready To Run Sale.

Bred by Varsfontein Stud, he is by Gimmethegreenlight (More Than Ready) out of the UK-bred Congestion Charge (Diktat).