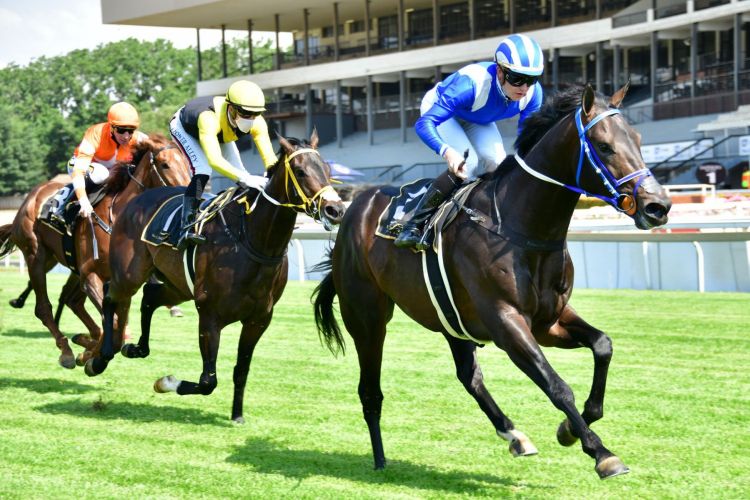 MALMOOS continued his winning ways with a smart victory in Saturday’s Gr3 Graham Beck Stakes over 1400m at Turffontein, and Due Diligence signalled more to come with a solid win in the Gr3 HSH Princess Charlene Starling Stakes over 1400m. 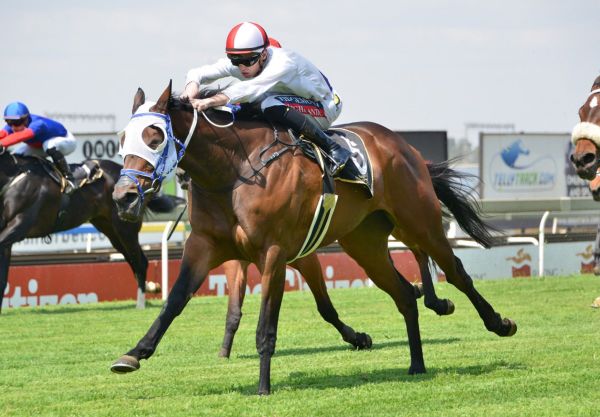 WINNER: DUE DILIGENCE
OWNERS: Varsfontein Stud (Pty) Ltd (Nom: Mr John S Kalmanson).
BREEDERS: Varsfontein Stud
PEDIGREE: 3bF Silvano (GER) – Fidelity by Captain Al.
JOCKEY: Callan Murray
Murray comments: “Her last start was a good prep for this race. She travelled sweetly off a genuine pace, and ran well to the line. Well done and thanks to Varsfontein.”
Mdk comments: “She’s always been a good filly but has been racing over shorter. I took her to Durban and she was well beaten by Caralluma and that left me scratching my head, because I thought she’d do much better. So we threw her out for a while to mature, then put blinkers on her and I don’t think she will stop here. She has her black type now, but she can win something bigger.  The further the better. Well done to Susan Rowett and John Kalmanson and the team at Varsfontein.” 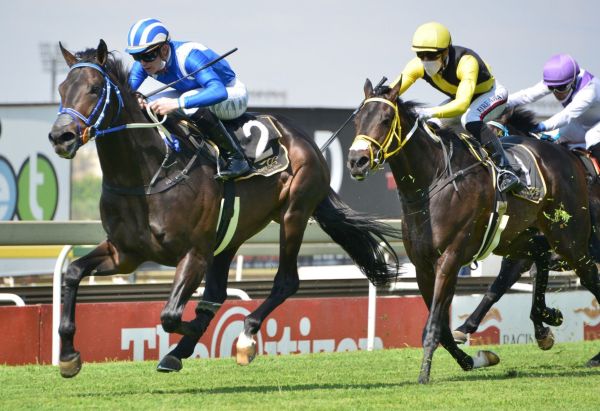 Malmoos shook of his useful stablemate Forever Mine, late in the race.

WINNER: MALMOOS
OWNERS: Sheikh Hamdan bin Rashid al Maktoum.
BREEDERS: Varsfontein Stud
PEDIGREE: 3bC Captain Al – Justthewayyouare by Fort Wood (USA).
JOCKEY: Luke Ferraris
Ferraris comments: “I am lost for words, thanks to Mr De Kock and his team and Sheikh Hamdan for the opportunity to ride a horse like this.”
Mdk comments: “This horse continues to impress me with his speed, because he his brother was a mile-and-a-half horse. He has a classic pedigree, but chased the speed and stayed with Forever Mine, who is a very smart sort but is just stretched over 1400m.  The further the better for Malmoos. Things are up in the air with travelling, but he’ll probably go for the Guineas in Cape Town, there are no speed machines there.  We’d like to keep him and Mount Pleasant apart. There is the Dingaans here in Johannesburg and the Guineas, Queen’s Plate and the Met in Cape Town so we have options for both. It’s nice to have choices with top horses like these.”