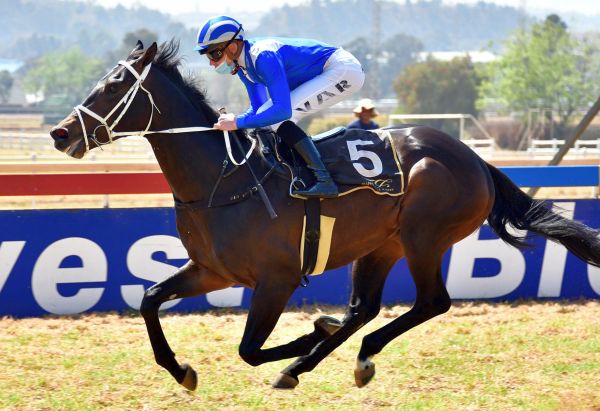 “Right Choice ran a reasonable race first time out, given it was too short for her. She was a bit shin sore after that but is well over it now, trip will be better for her. A filly that can run into the money.”

RACE 2
“Stageworld ran a good race first up, not 100pc sure about the form of that race, but he’s a runner, he has a chance. He has improved on his Maiden run, but there looks to be at least one to beat in the race, The Gypsey King.

“We’ve always rated Forever Mine, the form of his win has worked out well. He’s a Graham Beck contender, so today’s is his test over 1450m. He’s a very fast horse, but given his pedigree this distance should be within his reach. He is expected to run very well.

“Wild N Grey ran a good race last time, she was kicking on late. This is a stronger field and against colts, but I won’t leave her out, she’s an inclusion.”

“Malmoos is a smart horse, the further he goes the better he will get. This is still on the sharp side for him, but we do think he is above average and a good run is expected.”

“Battleoftrafalgar was’t looking well last time, he was off and not well, so we scratched him. He has freshened up, he is well now. This is a competitive field, but he should run a decent race, expected to be in the money.”