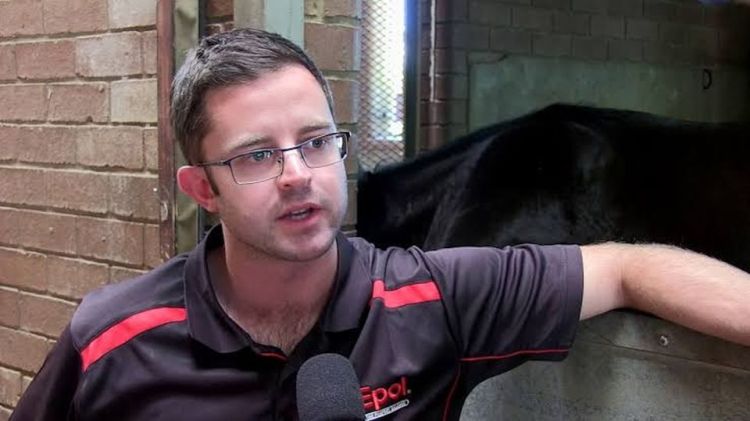 Racing Victoria officially approved the partnership this week, with the pair to be based at Griffiths’ existing Cranbourne facility.

“We’re so excited to be joining in partnership and really think it’s a perfect opportunity for both of us moving forward,” Griffiths said.

“Hopefully it won’t be long before both of our names are in the racebook and we have our first runner together.

“In these modern times with racing 24/7, partnerships have proved very successful here in Australia and we hope we can be the next pair to make an impact.”

The 29-year-old De Kock has been based in Australia since March and had initially intended to train in his own right at Cranbourne until Griffiths presented him with the partnership opportunity a few months ago.

Mat had been assistant trainer to his father since 2010, with responsibilities including travelling a number of G1-winning horses to race all around the world.

Australian racing was abuzz in July last year when both De Kocks toured numerous training facilities in Victoria and NSW to find Mat’s future base before they eventually decided on Cranbourne.

Griffiths was full of praise for the young horseman, saying he will not only be a huge asset as a training partner but also to the Victorian racing industry.

“Mat has been groomed as a Group 1 trainer all his life by one of the world’s most decorated trainers,” he said.

“It was a real honour when Mike initially asked me to help mentor Mat when he was interested in moving to Cranbourne and now to be able to go into partnership with such a measured young man is something I’m really excited about.

“He’s been afforded many opportunities but he’s still so humble and so measured and respectful of what he has already been able to do in his career.”

De Kock had similar praise for his new training partner and says he’ll always be appreciative of the support shown by Griffiths and his wife Shiranee.

“To be honest if it hadn’t been for Robbie, Shiranee and their staff and how supportive they’ve been to me and my partner Monique, I think we probably would have packed our bags and gone home,” he said.

“We certainly didn’t expect to leave our friends and families and arrive in Australia and go into COVID lockdown for months.

“It’s been tough but I’m so excited about getting the opportunity to join a trainer with the experience that Robbie has had and to train at a world-class facility like Cranbourne.

“A partnership made a lot of sense to me and I’m really excited by the opportunity to team up with such a great trainer and a great man as well.”

Mat’s partner Monique Mansour is also a talented horsewoman herself and will join the stable as an assistant trainer, having worked in the same role for leading South African trainer Sean Tarry.

Australian racing rules don’t allow trainers to also hold an international licence so Mike De Kock, a long-term supporter of Australian racing, was not able to set up a satellite stable himself in Australia like he had previously done in Dubai.

Initially it had been planned that Mat would train out of Australia but as part of the De Kock team and he says that while his and his father’s stables will be separate, he’s hoping to garner support from overseas.

“He has always been very keen on Australian racing and obviously comes out here a lot to the yearling sales,” Mat De Kock said.

“It had been planned that I would forge a new path here and I’m so excited to now officially be doing that with Robbie.

“My business will be separate from Dad’s over in South Africa and Dubai, but I’m definitely hoping we’ll be able to bring out a couple of the good horses from Dubai to really get Robbie and I really up and running.”

From Griffiths’ perspective, the initial goal is to get back to where his stable had been before his operation on a brain aneurism last August.

“My stable has taken a dip since then, but you never know what’s around the corner and I’m really excited to get back to that position and grow from there with Mat and Mon,” he said.

“Mat has grown up in a stable that has won more than 100 Group 1 races though, so there’s certainly the expectation moving forward that we want to be competing at the top level, it might take us a couple of years but don’t underestimate De Kock and Griffiths, or Griffiths and De Kock, we haven’t exactly decided on the name yet but we’re certain this partnership is right for us.”