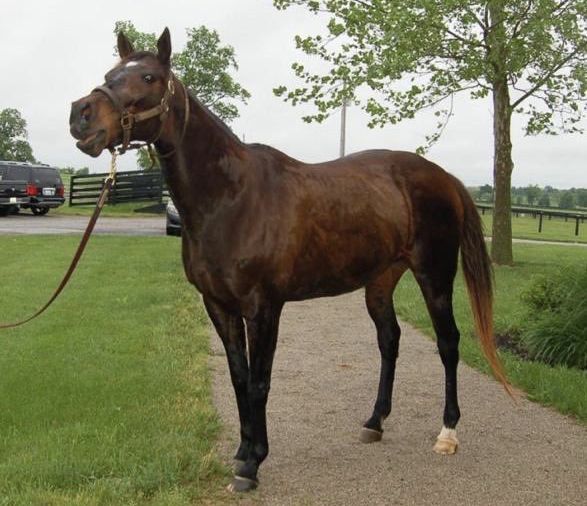 OUR former great race mare Ipi Tombe retired to Denali Stud in Lexington Kentucky a few years ago, and Kirsten Wellman took this recent photo of her, aged 22.

Ipi Tombe won 12 of 14 starts against all comers, from sprints to routes, and often as the top-weight in a field of males. She won races in 4 different countries on 3 separate continents and was named a champion in 2 of them.

The July triumph was one of the most dramatic ever, as she beat subsequent J&B Met victor Angus by a short head, with less than a length covering the first seven finishers.

2003 brought even greater exploits, as she was undefeated in three Dubai outings. She warmed up with easy Listed and Grade 3 victories. But her greatest moment (and payday) was undoubtedly the Grade 1 Dubai Duty Free (now called Dubai Turf) on World Cup night. Under regular pilot Kevin Shea she romped to a spectacular three length win over a top class international field in the $5m event.