Mike de Kock has indicated that the Grade 1 Premier’s Champions Challenge over 2000m at Turffontein could be the next mission for three-year-old Malmoos, who raced away to a riveting win in Saturday’s Gr1 SA Derby over 2450m at Turffontein, securing the 2021 SA Triple Crown.

Malmoos won by 5.25-lengths and fell short of the 9.50-length margin recorded by the illustrious Horse Chestnut, who won the inaugural Triple Crown for the stable in 1999. But there were reminiscent similarities in the thrilling way both quickened to sail away from their opposition.

Post-race, jockey Luke Ferraris told about Malmoos’ acceleration, saying, “I had a lot of butterflies before the race but the butterflies disappeared once the gates opened. But once he started going through his gears the butterflies came back again. He gave me goosebumps.”

The 19-year-old son of former champion trainer Ferraris handled Malmoos like a veteran as he brought him from seventh place to hit the front 400m from home. From then on, he drew away to beat Pamushana’s Pride by 5.25 lengths with Second Base a head back in third and anther 1.90 lengths to fourth-placed Shah Akbar.

“He’s changed my life, this horse,” said Ferraris. “It’s also a fitting win for Sheikh Hamdan. I’m very grateful for what he has done for me.”

“But there’s not much more I can say. He’s shown everybody what he can do.

“The way he put everyone away in the Classic, I was confident going into the race but in racing, anything can happen, so I didn’t want to shout about it.

Retired veteran trainer Ormond Ferraris, who turned 89 last Wednesday, was on course to share in his grandson’s Triple Crown Triumph.

Mike commented: “It’s a huge day for the stable, for South Africa and obviously for Sheikh Hamdan. He has left a huge hole in the lives of people in Dubai, his family and certainly our stable over here. So this is a fitting tribute and even send off, if you want, that he gets a Triple Crown winner over here.”

He added: “I’m not sure about taking Malmoos to Durban. We’re not hellbent on going to the Durban July. He’s had a hell of a season and we’ll see how he comes through it. Don’t forget we also took him to Cape Town. He’s been on the boil for a long time.

“The horse will tell us. If he’s sound and happy, we will have a crack at it. But these days the July is tough on three-year-olds, the ratings are crazy. But we’ll see.”

Malmoos has won 7 of his 8 starts, earning R1 487 100 – excluding the R2 million Triple Crown bonus. He’s by Captain Al out of winner Justthewayyouare (Fort Wood), a half-sister to Varsfontein’s boom sire Master Of My Fate.

Mike concluded: “He’s the real deal. He has the looks, the pedigree and thankfully he will go to stud in South Africa.” 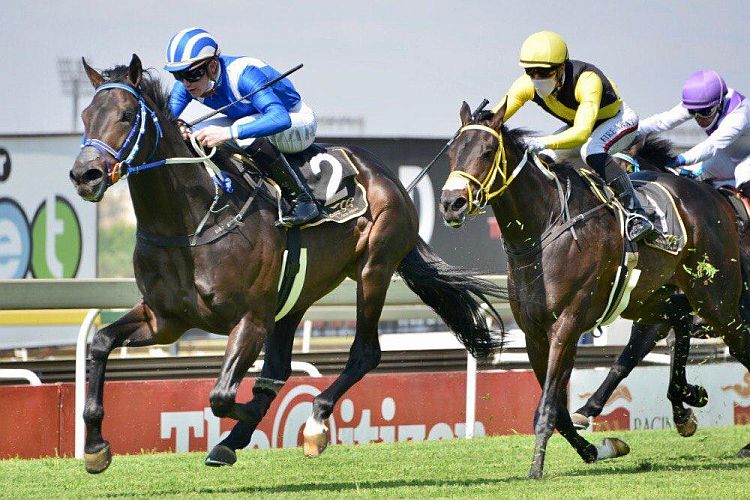