The racing industry is characterised by people with big hearts, big wallets, or both, writes DANIE TOERIEN.

When it comes to big hearted, few compare to Mike Wittstock, a lifelong lover and owner of horses.

On Monday, all 411 grooms at Randjesfontein received a gift from Wittstock in celebration of his 75th birthday.

“A friend of mine, Gavin Veregee, offered to give me a grand (R1000) for every year of my life,” said Wittstock.

“I couldn’t accept it, but he was adamant and then suggested that I give it to one of the charities that are close to my heart.

“He knows I have a love for horseracing, so I decided to give it to the grooms here at Randjesfontein.”

Wittstock has a close affinity with Randjesfontein as he owns horses who are trained there by Stuart Pettigrew.

“I have horses here and I see the grooms up and working at four in the morning and that’s why I decided they deserve something extra.”

Trainer Mike de Kock was at hand on Monday to introduce Wittstock to all the grooms, who responded with a thunderous applause.

The racing industry is well known for all the charity work done annually and the Wittstock family are often at the forefront.

“It’s not only this,” said De Kock referring to the gifts handed out to the grooms, “but the Princess Charlene Days, the Million Maiden race, these are all their initiatives.” 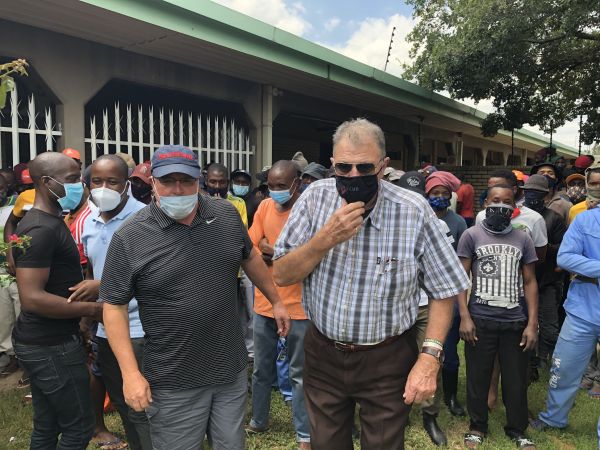 Wittstock is the father of HSH Princess Charlene of Monaco.

“The racing people don’t get the acknowledgement they deserve for what they do for charity,” said Witstock. “I believe they do more than most. And it’s not just me. It’s the entire industry.”

According to De Kock, one of the biggest charitable events annually on the racing calendar is the work riders’ series.

“Racing is probably the only sport in the country that offers a full league for the amateurs in their ranks with the same rewards as the professionals receive.

“The work riders series pays the same fees it would to the qualified jockeys.”

While Mike Wittstock now owns only two horses, his daughter has four in training, so it seems that the Wittstock name will remain a beacon in South African horseracing for at least another generation.