Randjes to be developed as new Gauteng racetrack 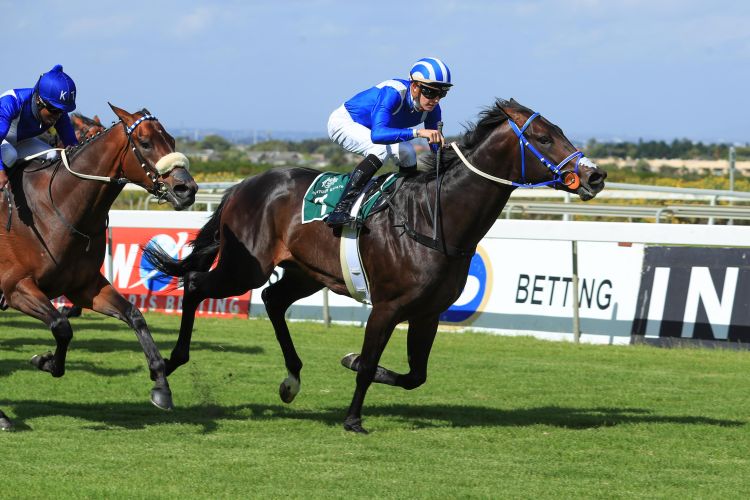 Will Malmoos be good enough to keep his unbeaten record intact?

Mike de Kock’s charge faces his toughest challenge on Saturday when he lines up in the Grade 1 Cape Guineas over 1600m at Kenilworth.

The son of Captain Al, unbeaten in four starts, has been priced up at 19-10 to make it five from five.

There is a carryover of R1 million going into the Kenilworth Pick 6 and on a taxing card many will be looking to Malmoos as a banker in a pool expected to reach R4 million.

With De Kock having the Guineas as the goal for Malmoos, he brought the colt to Cape Town early and ran him in the Grade 2 Concorde Cup over 1600m on the Winter Course.

He raced greenly but produced a confident enough performance, his first race on a left-handed track, to beat Linebacker by 0.50 lengths with Rascallion running on best of all to claim third. Both are trained by Vaughan Marshall, as is Grade 3 Cape Classic champion and runaway Ready To Run Stakes (Non-Black Type) winner Seeking The Stars, the best handicapped runner by 1.5kg.

After the Concorde Cup De Kock said Malmoos was still learning his trade but added: “There’s a good line of form with Vaughan’s horses, in both this race and the Ready To Run Stakes, so Malmoos is going to have to step it up.”

He said during this week: “On form he has to be a big runner. He stayed in Cape Town with Brett Crawford after his last
run and has done well. It looks like Vaughan Marshall’s horse (Seeking The Stars) has him by a length on a line through
Linebacker, and there were a few running on strongly in the Concorde as well. But Luke felt he was very green last time, and I’m glad wegalloped him at the course last Saturday.”

Luke Ferraris has ridden him in all his races and is back in the irons the Guineas.

The Concorde Cup will have brought him on well, but one cannot ignore the form of Seeking The Stars. The son of Vercingetorix is unbeaten since fitted with blinkers and although he has yet to race beyond 1400m, Seeking The Stars has shown no signs of stopping in his races.

Luyolo Mxothwa will again take the ride on the 5-2 second favourite.

Dennis Drier saddles Tempting Fate, already a Grade 1 winner, but has yet to prove he goes 1600m. He won the Gold Medallion over 1200m at Scottsville, but his debut run in the Cape was most disappointing.

Also run on the day will be the Grade 2 Peninsula Handicap over 1800m and the Grade 3 Victress Stakes for fillies and mares, also over 1800m.  – Jack Milner, TAB News.