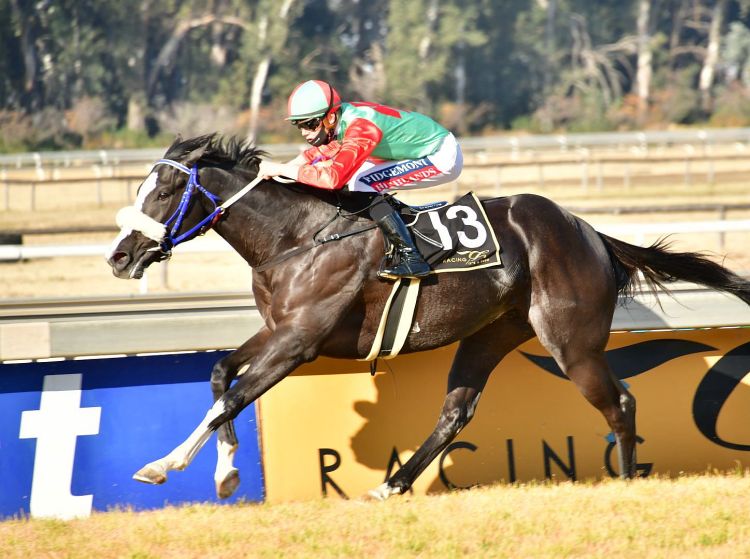 HELLOFARIDE posted his second win from seven starts in a MR68 over 1800m at the Vaal on Monday, and Mike de Kock was impressed with Callan Murray’s ride.

“That was a good ride, well-timed,” said Mike after Hellofaride (11-2) had pounced at the right time and drew away before the charging second-placed runner, On My Mind, could reel him in.

Hellofaride was bred by the McHardys at Rathmor Stud, from Noble Tune, who now stands with Jan Mantel in the Western Cape. He is owned by Mario Ferreira and Mike said: “Thanks to Mario, this is the first horse he’s had with us and he should win a few more.

“Mario has invested big in racing and it’s good to see he is getting returns around the country, with some feature race success and that he is contending now for the top spot among our leading owners.”