A sparkling confidence-booster for Gin Fizz 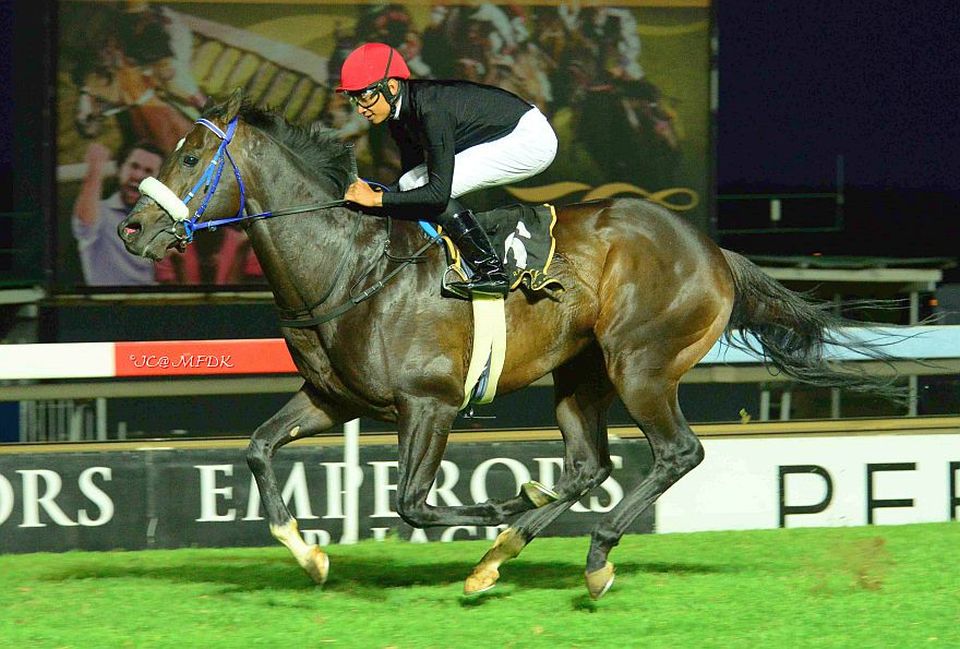 In an announcement yesterday, the 2-1 favourite was pulled out of the Grade 2 race for being “unsound behind”.

There were further changes to runners from the Mike de Kock stable as Anton Marcus, who was carded to ride Barahin in the Charity Mile, will be riding at Kenilworth.

As a result, Callan Murray, who was slated to ride Cascapedia, will now ride Barahin and Gavin Lerena, who was originally on Buffalo Bill Cody, is now aboard Cascapedia.

Of course, the scratching means that first reserve runner, Flying Winger from the Alec Laird yard, will now take his place in the final field. He will be ridden by Mpumelelo Mjoka.  -TAB News.