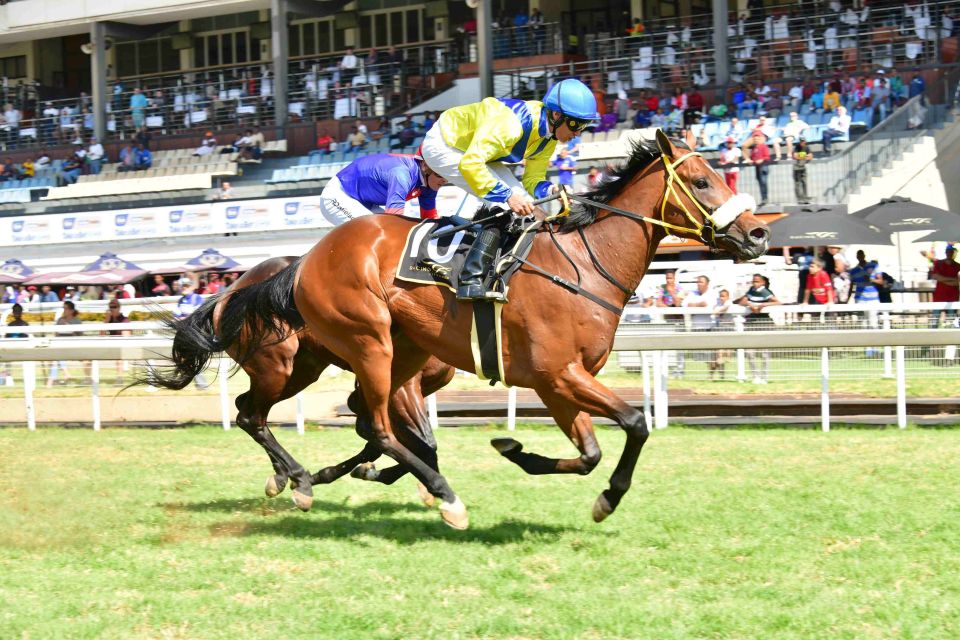 SHEIKH Mohammed bin Khalifa Al Maktoum’s Al Adiyat has a promising three-year-old to come through the ranks after a good debut win.

He bred Marshall, by Vercingetorix, who rallied well for Randall Simons to beat another decent-looking sort in Viper Jet in a 1160m contest at Turffontein on 24 August.

Mike and Mathew de Kock were suitably impressed and Mike commented: “Marshall looks a nice horse, he’s dam is a sister to Asiatic Boy and that her can sprint is an encouraging sign. He’s a really nice-looking horse too, we think he’ll go on and win his races.”

Simons also rode Only To Win (“placed in the right race, a nice little ATM” and Karl Zechner booted home Indy Ice (“trying harder to win now that he has furnished”) – two other winners for the stable on the day.