Variety Club jets in for ‘Mile’

Welwitschia to be retired

Variety Club jets in for ‘Mile’

VARIETY CLUB landed in Hong Kong from Dubai early on Monday morning, 28 April. The five-year-old entire was the last to arrive of four overseas runners that will compete against the local contenders in the G1 Champions Mile on 1600M on Sunday, 4 May, at Sha Tin racecourse. The race is worth a whopping HK$12-million.

“The Champions Mile is ranked among the IFHA list of the world’s top 50 Group 1 races and the 2014 edition is yet another outstanding race. As befits a contest of global interest, we have four genuine contenders from overseas that will push this crop of exciting Hong Kong milers to their peak, and perhaps one from this quartet of international challengers has what it takes to end the local dominance,” said Mr William A. Nader, the Hong Kong Jockey Club’s Executive Director of Racing.

Variety Club steps off the float at the quarantine station, Sha-Tin. (hkjc.com)

The other three international contenders who will be aiming to take on 10 of Hong Kong’s finest are the globe-trotting Gordon Lord Byron (Ireland), Mshawish (France) and Lacrima (Japan). The Hong Kong contingent is headed by December’s Longines Hong Kong Mile one-two, Glorious Days and Gold Fun, along with the highly regarded Able Friend and last year’s winner, Dan Excel.

Variety Club will be put through his paces this week by assistant trainer Trevor Brown. Mike de Kock will be flying to Hong Kong midweek to oversee the final touches on South Africa’s Champion Miler who was so impressive when winning the Gr2 Godolphin  Mile on Dubai Woirld Cup Night at Meydan last month. The horse’s regular partner Anton Marcus has been granted a licence to ride at Sha-Tin for the day. 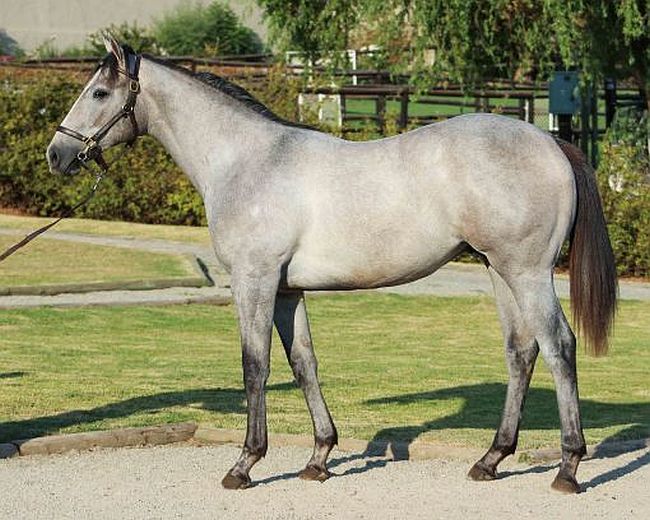 I Am The Secret as a yearling.

De Kock and partners have a Lingfield runner 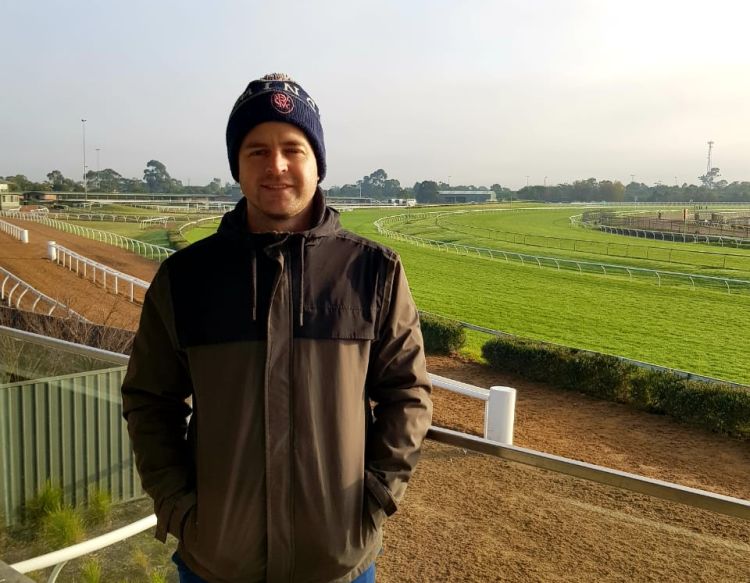 Mathew de Kock, on the balcony at Robbie Griffiths' stable in Cranbourne.

Mathew is putting shoulder to the wheel 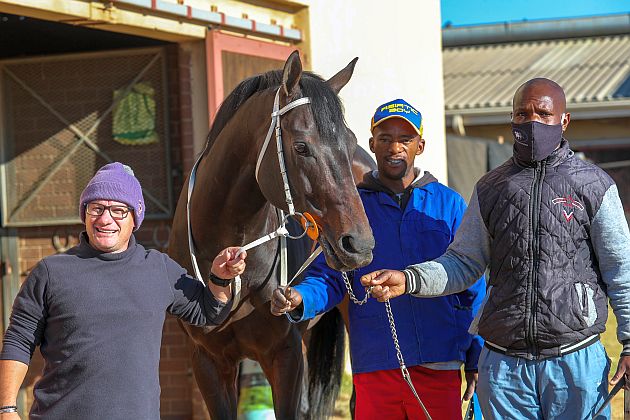 Hawwaam and others off to quarantine station