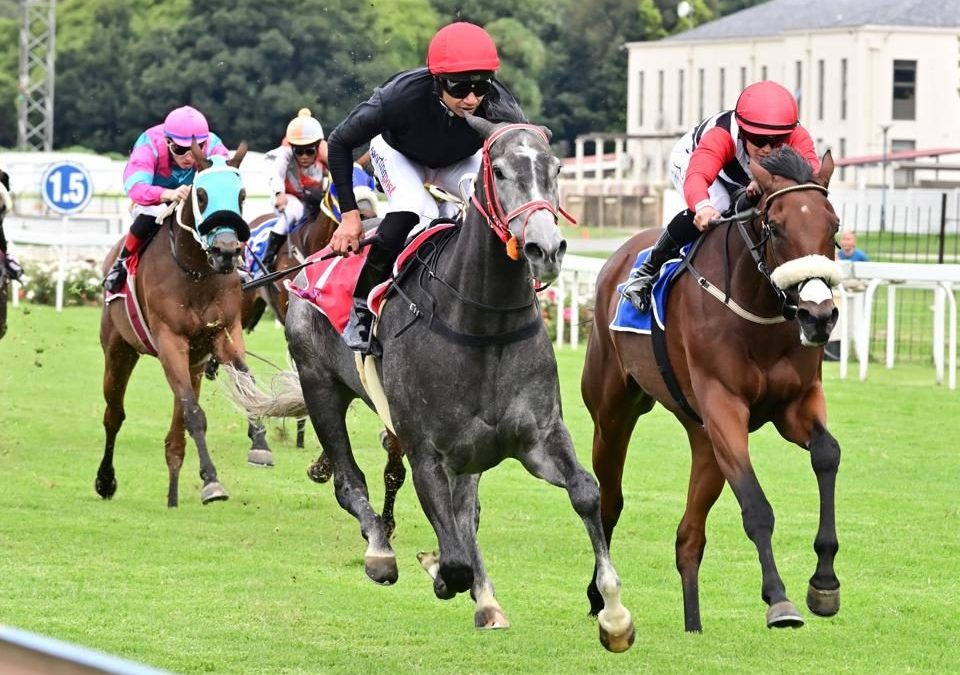 Sharapova left Mike de Kock, and a host of supporters, disappointed when three weeks ago she played up the start of a Maiden Plate over 1200m at Kenilworth and had to be withdrawn, but she’ll have a good chance to atone when she returns to the same track for a 1400m contest on Saturday.

There will be no shortage of support for Sharapova again – Betway has her priced up as 5-10 favourite and while everything has gone well in her preparation, the stable will be crossing fingers that she’ll behave this time, as she seems to have her rivals beaten on exposed form.

Assistant trainer Trevor Brown noted that Sharapova was 100% when she came back to her stable after her antics last time. “She was calm, ate up and was physically fine. Let’s hope she’s as calm on race day this time.”

Equine behaviour therapist, Malan du Toit, was called in to work with Sharapova, she was reschooled, went through the pens three times and jumped perfectly alongside other horses. “Malan will be at her side on Saturday. She was green and over-raced on the Kenilworth bend and we’re hoping the experience has helped her. If all goes well, yes, she’s bound to go close to winning this race,” said Brown.

4Racing stages a meeting on Turffontein’s standside track on Sunday, and there are two De Kock runners on the day.

First to post will be Querari’s daughter Follow The Flow, who improved nicely over 1400m after a weak feature debut and looks set for more progress in Race 2, a Maiden Plate over 1600m in which Randall Simons will hold her reins for the first time.

Mike said: “Follow The Flow is on the up. She gets a bit far behind, but that’s the way she wants to be ridden. I think she’ll be in the money.”

Follow The Flow’s sibling Bonete has shown good promise so far and her run in the G3 Sea Cottage Stakes over 1800m against the colts is part of her preparation for the Oaks and an indication of the stable’s high regard for her.

Mike commented: “Bonete is fairly well handicapped in this race, she is well suited and has a good draw.  I think she’ll go very well, she’s an inclusion for your exotic bets.”

He concluded: “Sharapova is our best of the weekend, she is very capable and doing well. She needs a bit of luck at the gates and we haven’t had the best of it lately, but she’s fancied.”