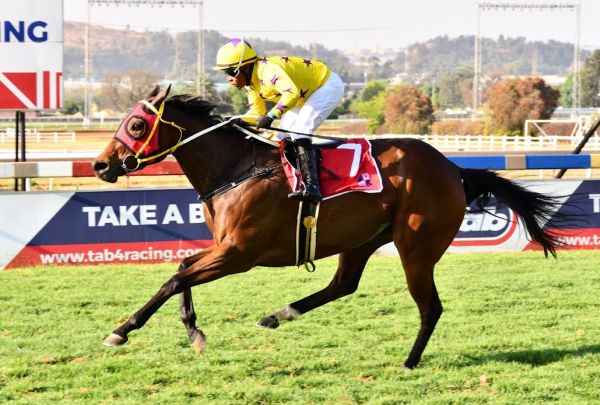 Media scribes have been running out of superlatives in their scene-setting previews of the R2-million L’Ormarins King’s Plate over 1600m that tops the bill on Kings Plate Day, 2023. It’s a bumper racing extravaganza featuring no fewer than seven feature races, five graded contests and the much-anticipated headlining duel between champion older horse Jet Dark and three-year-old Charles Dickens, the pretender to his crown and the talk of the industry this season.

The other Grade 1 race is the R1-million Cartier Paddock Stakes for fillies and mares over 1800m in which Equus Horse-Of-The-Year and defending champion Captain’s Ransom faces off against Durban July heroine Sparkling Water for the first time.

Mike de Kock called December’s Cape Guineas a ‘reality check’ and was full of praise for Charles Dickens, who defeated a strong field of three-year-olds with effortless ease. “He’s the best I’ve seen since Horse Chestnut,” said Mike, who doesn’t have a runner in the Kings Plate but will be among the many avid racing fans waiting to see whether Charles Dickens can remain unbeaten in his first attempt in the major league.

Mike saddles Iphiko in the Winchester Sprint Cup over 1000m, Race 4 on the card. She narrowly lost to Princess Calla in her only Cape start thus far, the Southern Cross Stakes. While she has enjoyed herself at the Milnerton training centre and looks the part, she has a tough task with leading male sprinters coming into the fray.

Mike commented: “Iphiko has been a revelation this season, when is the last time we saw a filly going from MR59 to MR107 in one season? If you’d told me six months ago she’d be running against the likes of Rio Querari, I would have said you’re smoking something. And now, if she does well on Saturday, we may even consider the Cape Flying Championship, another unfathomable suggestion just a while ago.

“Iphiko is actually quite well in, considering the conditions of the race, so I’d bring her into play. She hasn’t stopped improving, so let’s hope she can take this big step up in class and surprise us again.”

Multiple French champion jockey Christophe Soumillon, Mike’s former stable jockey in Dubai, has been booked to ride Desert Miracle in the G2 Cartier Sceptre Stakes which has drawn an exceptional field. With her rating of 113 she’s required to carry 58kg in this competitive race, but she has run very well under big weights and with the services of the ace Frenchman, she’s a definite inclusion.

Mike said: “Desert Miracle’s niggles are well documented. She prefers 1400m, but we’ve restricted her to sprints due to her issues. She’s in a very good place, has a chance.”

Sparkling Water is rated second only to star filly Captain’s Ransom in the WFA Cartier Paddock Stakes and she returns to the track following a below-par run in the G1 Summer Cup. Mike assessed: “Sparkling Water (122), for her consistency and one G1 success, is rated just two pounds inferior to the superstar Captain’s Ransom (124), a multiple G1 winner who has won 13 of her 16 races. So one has to consider whether to take these ratings as gospel, which puts her within a length of Captain’s Ransom in theory, or just to go on form which suggests, arguably, a bigger margin. The race will show. Our filly has really improved the last few weeks, she’s in a good space and I think she will take another step up after this race.”