It remains: ‘All in the blood’ 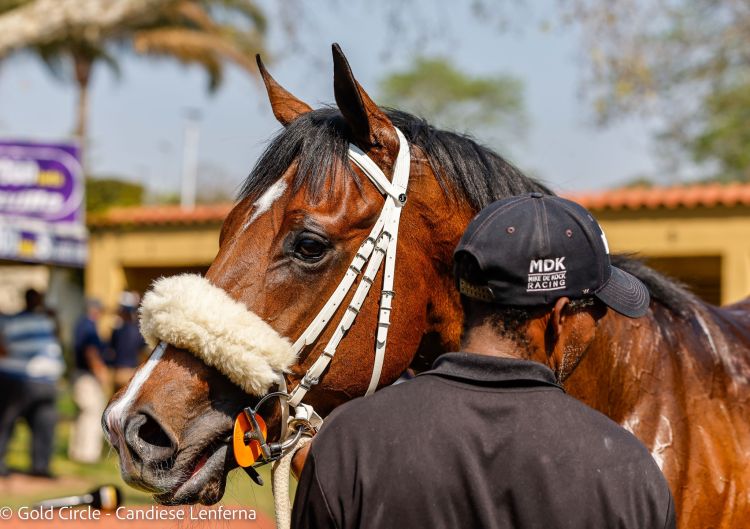 Mike de Kock saddles Arividicio in Saturday’s supporting feature at Turffontien, the Listed Secretariat Stakes over 1400m which he has won a number times – the likes of Mitraad and Suyoof spring to mind.

Arividicio returns from a minor injury and following his unplaced run in the Graham Beck Stakes, but he looks more or less on a par with his rivals here and should have as good a chance as any of them, though Mike feels he will improve with the run.

He commented: “Arividicio is doing very well. He’s probably got a place chance. He hasn’t got the greatest of draws for 1400m, but warrants inclusion, I’d say.”

Tamarisk Tree tops the Betway boards at around 4-1, an indication that this is an exotic leg to be weary of.

Where will the day’s banker come from?

There are pundits who will side with Mike’s filly Bonete in a handicap over 1800m that opens the Jackpot, despite the fact that she’s the top weight racing against males. Mike said: “It’s never easy for a young filly against colts, one has to be a bit cautious with her. But as noted before, we do believe she is talented and the 1800m should be right up her alley.”

Mike quietly fancied Bonete to win the recent G3 Fillies Mile, when a slipped saddle spoilt her chances. Saturday’s race is a good test to see if she is one that can live up to expectations.

The stable’s other runner on the day is Troix Troix Quatre, out to the start early in Race 1 over 2400m and one for the shortlist following two places over a mile, staying on.

Mike assessed: “Troix Troix Quatre tries more ground and we think he’ll do well. His dam won over 2200m and his grandam was an Oaks winner, plenty of staying blood there. There is every indication that he’ll have the stamina too. His sire Rafeef was a sprinter, but has been known to throw to the female side, as we’ve seen with a horse like Aragosta. So if we’re right about the distance, Troix Troix Quatre will be a big runner to start the day.”

Sunday’s meeting at Greyville features the Christmas Handicap in which lightly raced Captain Casey could have the mettle to score for punters off a handy galloping weight.

*Mike de Kock wishes readers of the Betway Blog, and their families, as well as the Betway staff, a Merry Christmas.