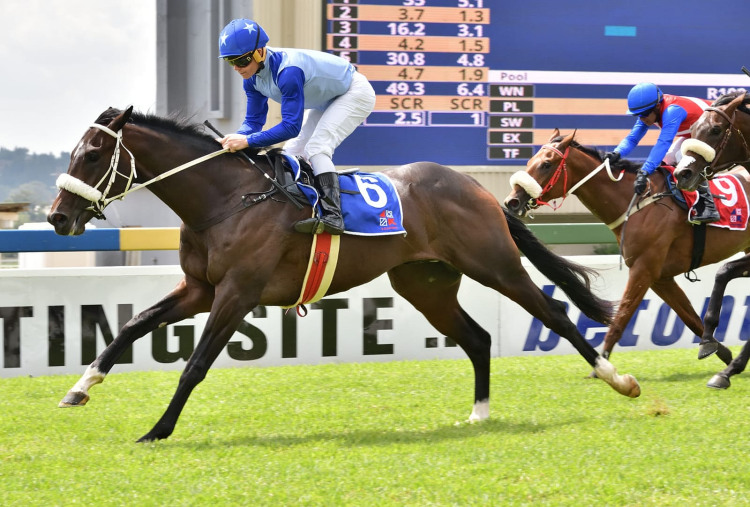 It’s Guineas Day at Kenilworth  and the pundits at Cape Racing are siding with their local stars, Charles Dickens and Cousin Casey, to fight it out, as stated in a media release, “despite the inconvenience of their bad draws”.

Charles Dickens has an official Merit Rating of 121 ahead of Cousin Casey (115) and Betway Ambassador Mike de Kock’s two Highveld raiders, Union Square (116) and Shoemaker (114) and Cape expert Charles Faull is on record saying that the unbeaten Charles Dickens “could be the next Sea Cottage, Horse Chestnut or Politician in SAF’s racing value hierarchy.’”

Considering Charles Dickens’ drubbing of older former Cape Guineas victor, Russian Rock, Faull could well be right. But aside from Cousin Casey and Mike’s pair, the inside-drawn At My Command and another capable Highveld raider Anfields Rocket will ensure that rising star ‘Dickens’ has enough opposition, with Gareth van Zyl’s Durban raider, Money Heist, out to ensure that this won’t turn into just a ‘Tale Of Two Cities’.

Mike himself has a brilliant record in the Guineas so to overlook his runners may be perilous for punters. Union Square (drawn 4) and Shoemaker (7) will both have to up their game a few ticks – not inconceivable given that they were both prepared with this race in mind and would have made improvement in the build-up.

Mike commented: “This is a cracking line-up of three-year-olds and we are happy to be involved with two good runners. At this level, with promising colts like we have here, the only way to establish who the best of them is, is to race them against each other. So despite the ratings we all have chances, we’ve seen upsets in this event before. That the track is expected to come up soft may also play a role.

“Charles Dickens and Cousin Casey both look really special, but ours are quite capable. The only line of form I have to go on, really, is Union Square’s third against Cousin Casey in the Gatecrasher Stakes over 1400m back in June. He was beaten by 2.50-lengths when he was still a baby, he wasn’t the horse he is today. He has most certainly improved the distance he was beaten by that day.

“On a line through Royal Victory (not running in the Guineas but with various good runs around Cousin Casey and behind both Union Square and Shoemaker in the Dingaans), we’ll be close to Cousin Casey at the finish. I’m expecting a big from Shoemaker, especially, he gets a good draw for the first time after two defeats having to race from deep draws.”

Assistant trainer Trevor Brown reported from the Milnerton Training Centre: “Both our runners are as well as they can be. We took them to Kenilworth last Sunday for a look at the track, they had an easy gallop around the left-handed bend. We just kept them fresh this week, it’s all systems go.”

Mike commented on the stable’s two runners for Turffontein next Tuesday: “Vengeance Forever is on the moderate side, but we’ll be looking for a better run from him in Race 5. Mike’s Chick (Race 8) is in pretty good order, she has a chance over 1400m, although her best form has been over 1600m, include her in all bets.”