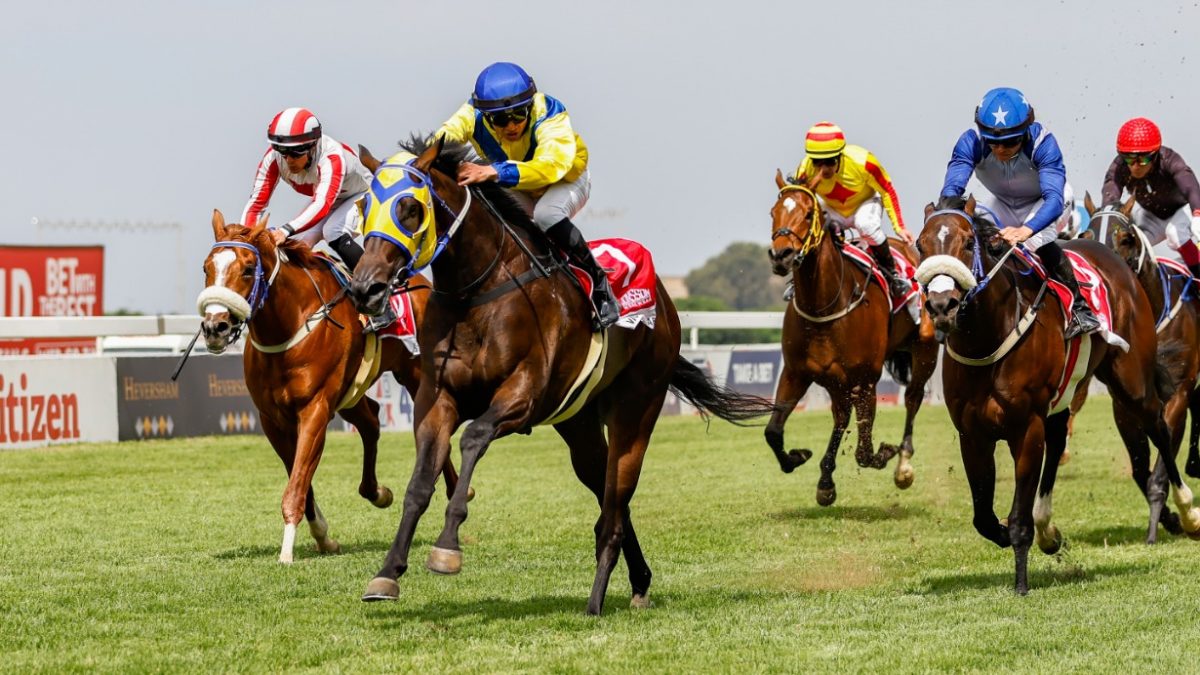 Mike de Kock got oh-so-close to winning his 10th Summer Cup on Saturday when Safe Passage was outrun by Puerto Manzano in the closing stages of the 2022 renewal, sponsored by Betway.  Aragosta acquited himself very well in a close third, but Sparkling Water faded out over the last 200m for a below-par run. (A report on the filly will follow once she has been assessed on Sunday).

There were two other excellent winners for the stable on a super and colourful day at Turffontein, where a good crowd was treated to quality racing and, for once, the unpredictable Gauteng weather played along. 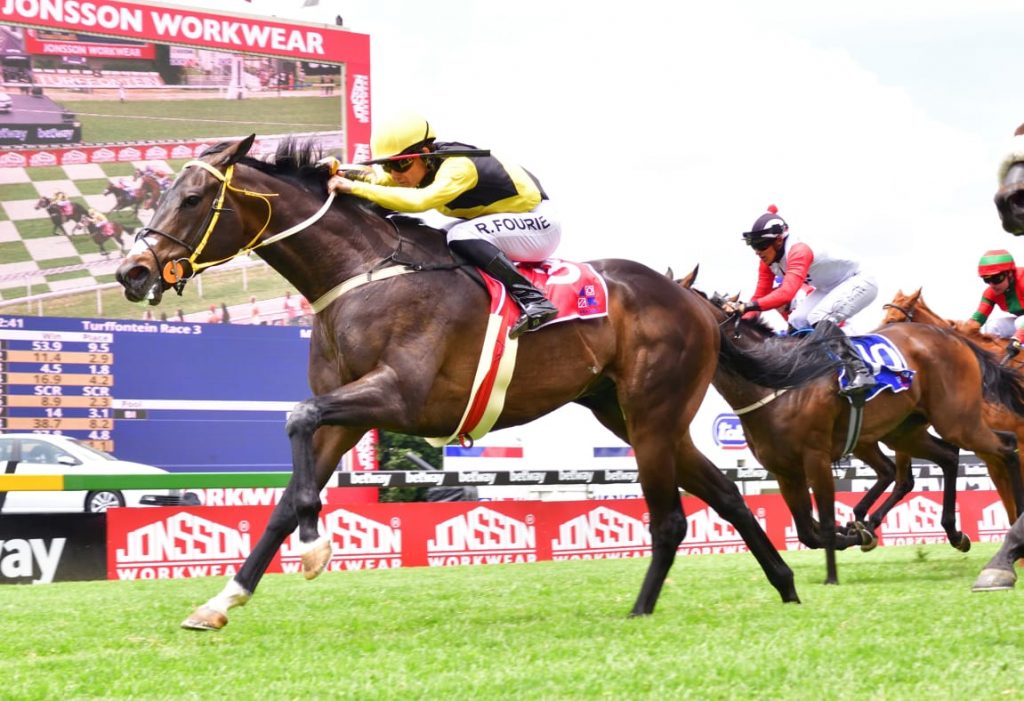 Forever Mine, the powerful galloper, made his liking for 1400m count once more. He led from pillar to post to win a strong Pinnacle Stakes under a powerful ride from Richard Fourie. Forever Mine overcame his outside draw early, got to the front to do what he does best – dictate the clip. Fourie saw pressure coming from Rachel Venniker on Indlamu and had to ride Forever Mine out to the line, where they prevailed tenaciously.

“He was beautifully turned out and gave me a great feel. His handy galloping weight helped,” said Fourie.

Mauritzfontein-bred Forever Mine is by Vercingetorix out of Amazing Grace, by Spectrum, and he’s six from 17, racing for the partnership of Jessica and Steven Jell, Mark Campbell, Wayne Jackson and Johnny Geroudis. 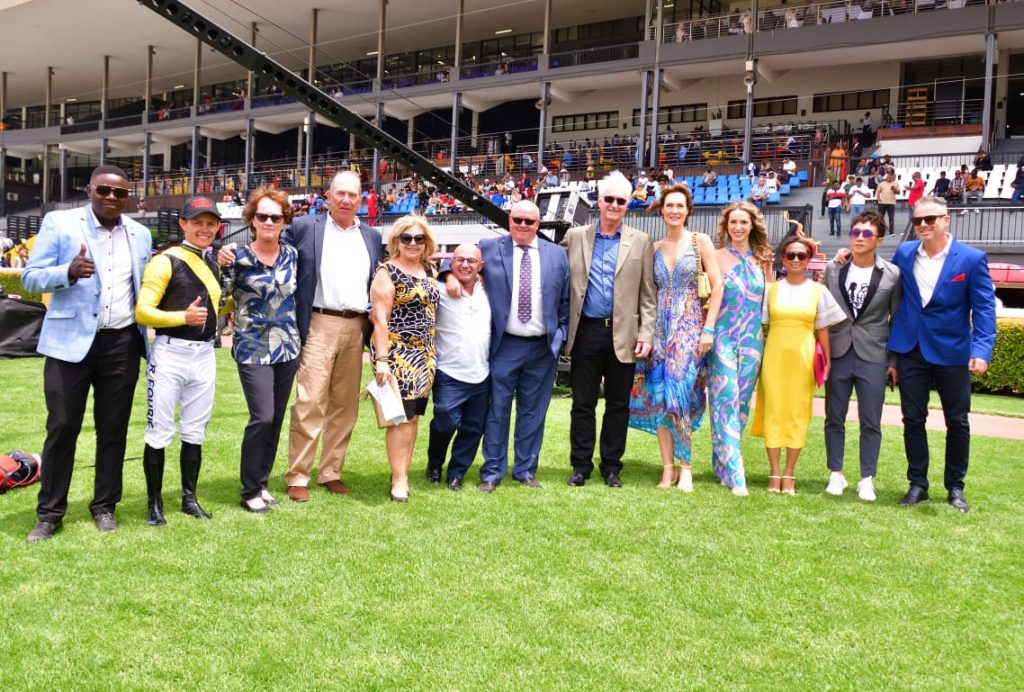 The trio of Union Square (Randall Simons), Shoemaker and East Coast filled the top three places, but Mike questioned the pace: ““It was a terrible pace for the first 400m to 500m and in fact it was quite dangerous. Union Square and East Coast were drawn well, the race suited them.”

While Shoemaker was disadvatnged by his wide draw and had to come from the back again, Fourie got him into top gear with 400m to go and they started running down the leader. To Union Square’s credit, he stuck to his guns and stayed on well to hold off his stablemate.

“I’ve loved this horse from day oner and I was waiting for him to go over a mile. And that he was well drawn today gave me confidence,” said the in-form Simons.

“Well done to Sheiikh Mohammed bin Khalifa Al Maktoum. It’s good to have trained a big race winner for him again,” said Mike. He also thanked Nic Jonnson of Jonnson’s Worklwear for his support of race, and Betway and 4Racing for an event truly well executed. 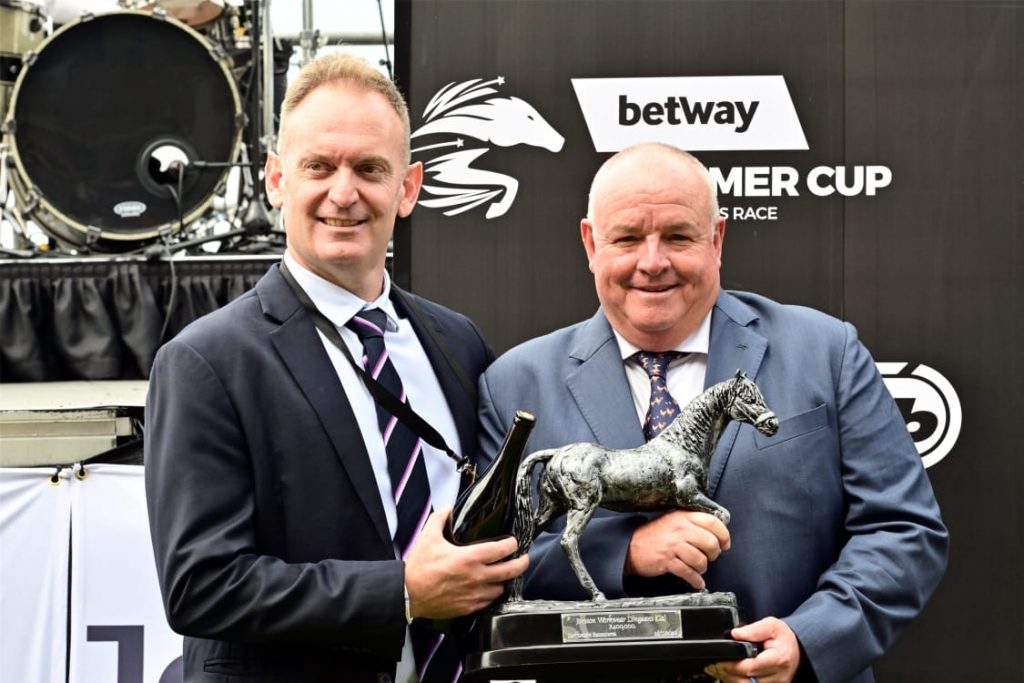 Mike with the Dingaans trophy, presented by Charles Savage.