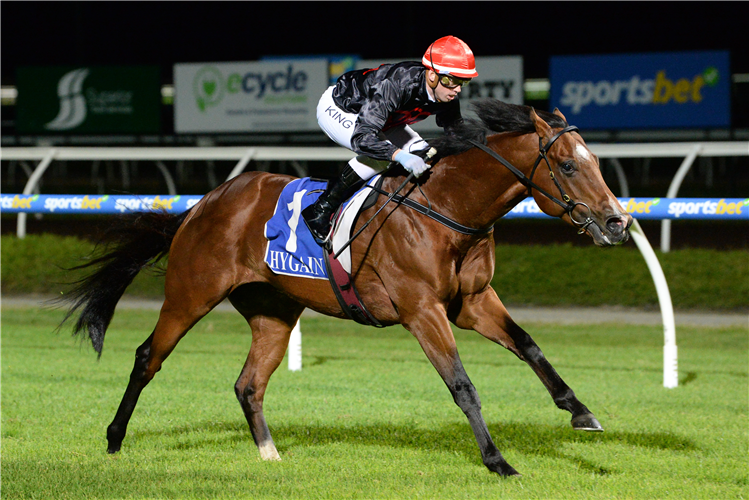 Thaler (GB), a four-year-old by Dubawi, won on his third attempt for Robbie Griffiths and Mathew de Kock at Pakenham Racecourse in Victoria, Australia, on Friday. He raced in Mary Slack’s silks and was unextended under jockey Lachlan King, authoritative in his 1,8-length success over 1400m.

King was suitably mpressed (see video below) and commented after the race: “I was a passenger today. He gave me a beautiful ride in transit, we utilsed his gait, it was a plan well executed.”

Mike commented: “Dr McVeigh bougth Thaler at a Horses-In-Training Sale in the UK and we put the partnership together. Thaler went to Dubai and was ready to run, but I had to scratch him when he drew badly. He was then shipped to Australia and Mat and Robbie have done a helluva job with him. He’s had his niggles, but he won smartly today and looks like he is destined for better. The owners have been patient, thanks to therm and well done.”

RACE REPLAY (NO SOUND) AND INTERVIEW BELOW