Good runs from our feature prospects 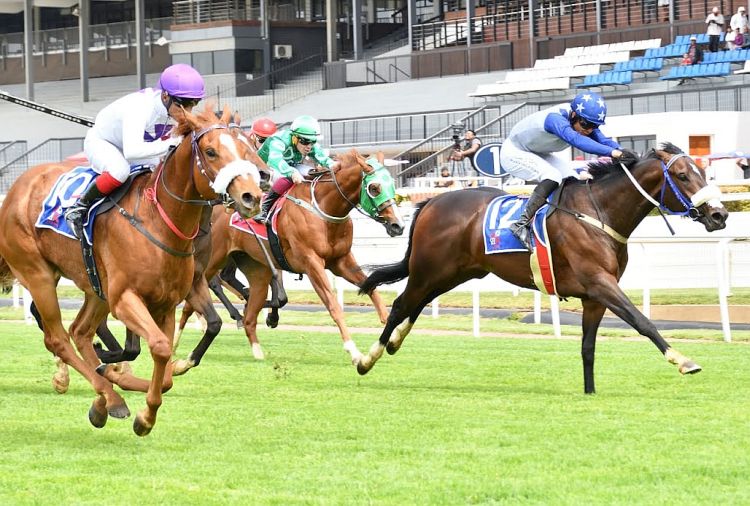 The stable came away with a second place, a third and three fourths at Saturday’s Allied Steelrode Charity Meeting – most of our runners put in encouraging runs for what lies ahead, soon, so this was not a bad day at the races.

Shoemaker was the strongest finisher in the G3 Allied Steelrode Graham Beck Stakes – the replay shows him making up ground hand over fist in the last 100m and he was desperately unlucky not to have won.

Mike de Kock commented: “That’s racing. Shoemaker had to check badly at a critical stage when he couldn’t barge his way through runners from his position at the back of the field. To my mind, this was not Richard Fourie’s finest hour. Most disappointing was that the owners of Shoemaker were the sponsors of the race day and winning a feature race on their special day would have been great. To achieve something like this is not a case of pushing buttons. Chances are rare and when they come you have to take them.

“But what the race did show was what we have in Shoemaker is a very nice horse for the future, he is indeed as good as we thought he was and we’ll go positively forward with him and Union Square, who finished a workmanlike fourth from a deep draw. He stayed on strongly over a distance too short and we’d love to see how he goes over further now.

“Safe Passage put in his usual game performance, third after a rest in the Charity Mile and he’ll make good improvement into his end-of-the-month mission, the G1 Summer Cup. MK’s Pride was short of his best, as I thought, but he ran well finishing 6.25 off the winner and I venture to say he’ll improve six lengths into his next run. Both Forever Mine and Humdinger found the mile on the soft outside track too testing, they’ll be back for better runs in easier pickings.”