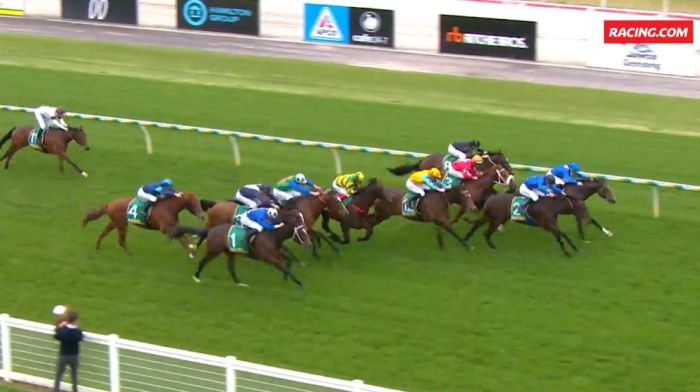 Mike de Kock enjoyed his first winner as an owner in Australia on Thursday afternoon when Yaki Ishi held on well to win a Maiden Plate over 1447m under jockey Jye McNeil.

Yaki Ishi was placed third in the Group 2 VCR Series race in March this year and was purchased by a parthership of owners including Mike alongside South Africans Lindsay Ralphs and Larry Nestadt, US-based Gary Barber and Australian-based Messers Robert Lewis and B Dyer, and Ms Linda Eldridge.

“I am very excited for the partnership, this was also a first Australian winner for Lindsay and a first winner trained by Mat (De Kock) and Robbie (Griffiths) for me.  Yaki Ishi has ability, this was his fifth attempt but he fought on very well when challenged today. He will improve and I think we’ll have fun with him,” said Mike.

Yaki Ishi is a three-year-old gelding by Maurice (JPN) out of Merlene De Lago (AUS, Encosta De Lago), who won the G2 Fillies Nursery in South Africa and was sold and exported back to Australia. He was raised at Ben Cooper’s Merrick Station Farm, in Mornington, Victoria.