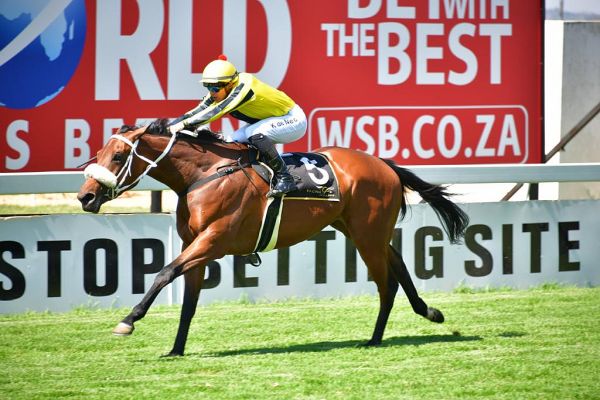 It won’t be easy to match the euphoria of last weekend’s Durban July extravaganza, but the mid-winter meetings at Turffontein (Saturday) and Scottsville (Sunday) have both attracted big, competitive fields, which may well bring big exotic payouts to the table.

From the BETWAY Insider Blog

Betway Ambassador Mike de Kock will send out five runners across the pair of meetings and while he feels he can’t ‘label’ any of his runners, one gets the impression the stable won’t be exiting this weekend without further success on the board.

Mike’s Johannesburg assistant Alson Ndzilana will saddle four-year-old Mike’s Chick in Race 8 at Turffontein. Her racing career started with two places before she romped home twice over a mile and was then given a rest after two below-par feature runs.

Mike reported: “Mike’s Chick is a filly we’ve always rated. She returns to the track after her break into a 1400m race in which she’d go close at her best. She’s doing well, but I think she’ll be just short of a run this weekend and will come on for it, she is one to watch.”

Equestrian Affair is the first one out for the stable on Sunday. She takes on a field including two above average Maidens in Race 2 over 1400m. The likely favourites, Political Party and Wiccan Warrior, both come from the proven Cousin Casey form line. If the collaterals are spot-on this will be a two-horse race, but Mike said Equestrian Affair should not be ignored. “He had respiratory issues which we’ve sorted in Durban. He’s been disappointing so far, but he is not without a chance. He can finish in the first four.”

Mike is looking forward to seeing well-bred colt Black Cherry (Rafeef) in action for the first time in Race 3 over 1400m. He’s booked Richard Fourie for the ride, an indication that a decent run is expected, and he confirmed: “Black Cherry looks promising in his work, a horse that shows some ability. He needs further than 1200m to show his best, but he has pace and should be involved in the finish here with improvement to come.”

Fourie is also engaged on the early short-priced favourite Winter Pearl in Race 4 over 1000m, and recent Scottsville winner Good Queen Bess in Race 7 over 1000m.

Mike said about Winter Pearl: “He’s another we’ve always held in high regard, but his progress was interrupted by injury after two good runs last year. He had surgery and has recovered well for this comeback run in which there are one or two rivals with form, but he is set for a good run.”

Good Queen Bess, the talented filly who had the stable somewhat confused when she ran below best when tried over further than 1200m, atoned for a few disappointments with a hands-and-heels win back down the straight last month. She’s a step up in class form her last run and goes over the minimum 1000m, but chances are that she’s still ahead of the handicapper off her 82-rating.

Mike noted: “Good Queen Bess’s pedigree is full of stamina, but she has lots of pace and has shown a liking for sprinting. She’ll run well again.”

Robbie and Mat saddle winner for Drakenstein and co

A big season with quality winners