Greg Bortz – A most colourful way to the top!

Sparkling Water will stay in training 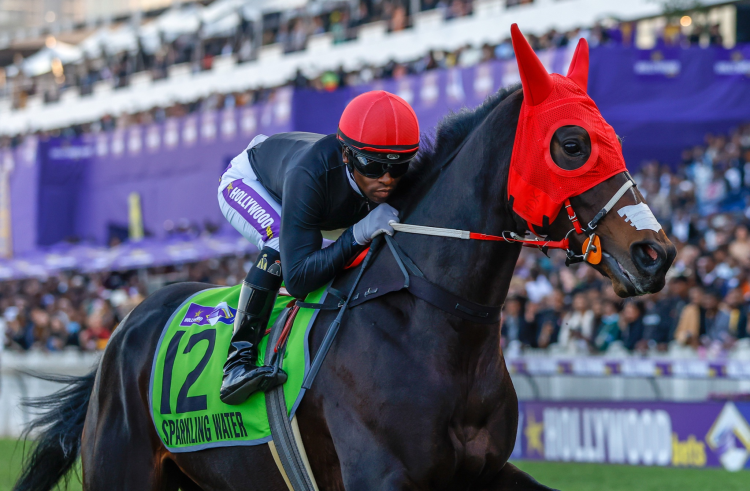 Sparkling Water will remain in training for the 2022/3 racing season following her phenomenal success in Saturday’s G1 Hollywoodbets Durban July. Following a meeting with owner/breeder Mary Slack it was decided that Sparkling Water will be aimed at the forthcoming summer features in Johannesburg and Cape Town.

Mike de Kock commented: “Mary likes her fillies to go to stud at Wilgerbosdrift on a high, but even before the July we were thinking of keeping Sparkling Water in training at five, because she is only now coming into her own and reaching her physical peak. This late improvement with maturity is typical of Silvano’s progeny, and she showed in her manner if victory that there is more to come from her.”

Mike said that the 6lb penalty (MR116 to MR122) allotted to the July winner was a fair adjustment. “We criticize the handicappers at times, but I think they got it right with her now. We’ll aim Sparkling Water at the Summer Cup and then the Paddock Stakes and the Cape Met. If the travelling avenues open up, I’d like to take a string of horses to Cape Town for the season like we’ve done in Durban this year. A Cape spell will also depend on whether we have three-year-olds good enough to compete in the classics later this year, but I believe we will.”

He updated the plans for his other runners that came out of the July.

“They’ve all pulled up well. Aragosta will be aimed at the Gold Cup on the last day of the season and AL Muthana is being pointed at the G1 Champions Cup on the same afternoon. Safe Passage is likely to go the Summer Cup/Met route. They’ll all will be given a short break before being prepared for the summer features.”

Robbie and Mat saddle winner for Drakenstein and co

A big season with quality winners