Majmu’s Mujtaba is fancied at Lincoln 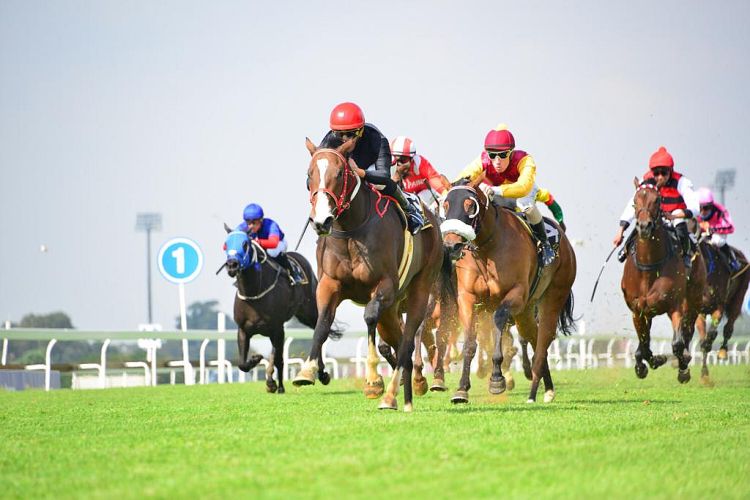 Sparkling Water posted her sixth win from only 12 starts in the Stayers Feature on Cape Met Day in January, and Mike de Kock’s smart filly will be out to follow up in the G2 Colorado King Stakes over 2000m on the standside track at Turffontein on Saturday.

The drop in distance from 2850m to 2000m won’t be a problem, she has proven herself to be versatile, but she has enjoyed a break and will improve with this run into her main mission, the Premiers Champion Stakes at the end of April.

Mike commented: “We put her in the paddock for a few weeks on her return from Cape Town, so she is not 100% wound up, but she is fit enough to run a good race and extremely well weighted.”

He saddles newcomer Shoemaker, by Gimmethegreenlight, in Race 1 over 1400m and said: “This is a nice horse that has shown us ability, but 1400m is his minimum trip. He’ll need further than this. I don’t send out my first-timers hurried up so I’d day he’s 85% fit, but he is fit enough to be competitive, he has a good first-four chance from a good draw. He is going to improve with this run.”

Next up is Littlemarysunshine (Race 2, 1400m), third on her debut against winners over 1000m and better for the outing. “She has improved and she’ll be better over the longer distance. She will need luck from her draw but she is a runner, consider her.”

Good Queen Bess has been lightly raced and she goes to the track in Race 4 over 1160m. Mike noted: “She returns from a very good effort to a good filly last October, but she had colic right after that race and we had to perform surgery. This is a touch short of her best and she is short of peak fitness, but she is a filly I’m expecting to win races and end up higher than her current rating. She has a chance, will come on for the run but include her.”