About Safe Passage and Aragosta

Our runners at Turffontein today 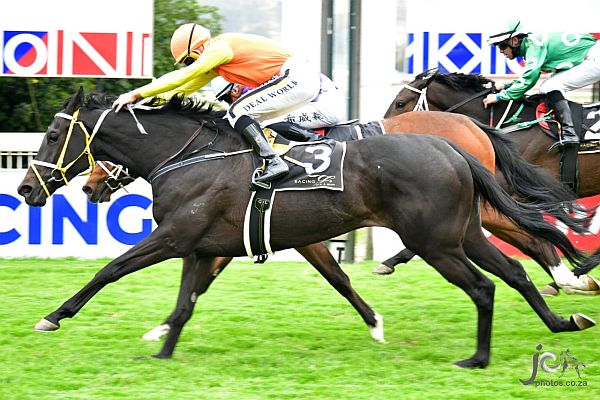 Mike de Kock has had to withdraw Motown Magic (temperature) and Run As One (lame) from today’s Derby Trial, but is expecting a good day at Turffontein, where he will saddle four runners, all with lively chances at this meeting on the stand-side track.

The stable can strike as early as Race 1 over 1160m with Rafeef’s son Union Square, a newcomer to the races the trainer describes as “a big striding, good-looking horse and one that looks progressive, his work is good.” He added: Union Square’s pedigree suggests that he’ll enjoy further than this 1160m, but I hope to see him running on well at the finish. He will improve, like most of my first-timers, but could be good enough on debut to fight it out. He’s a horse you can follow.”

Querari filly Rimaah placed second on a good debut against winners recently and she’ll be all the rage to shed her Maiden certificate in Race 2 over 1160m. “Rimaah ran a cracking race first up, she’ll enjoy a 1400m or a mile more than this, but unless there is something very speedy in the race, she’ll be running at them, a top placing expected.”

Next up is Cleaver Greene in the Gold Rush Sprint, a feature attempt for him in his third start. He’s a progressive horse and has shown heart. Mike said: “He’s done well since being gelded, has come on with his last run. The only thing against him could be his lack of experience against a few more experienced sprinters that have more runs under the belt. He is drawn on his own, on the inside and I would like to have seen him in the mix of it all, in the middle somewhere. But he’s a nice sprinting sort, a good run expected.”

Masaaken completes the stable’s day in Race 9, the Sun Chariot Handicap over 2400m. Mike commented: “Masaaken is well exposed, she normally gives of her best and wins on the right day, needs a bit of luck in running. She should be very competitive off her mark here, has an eachway chance.”