About Safe Passage and Aragosta 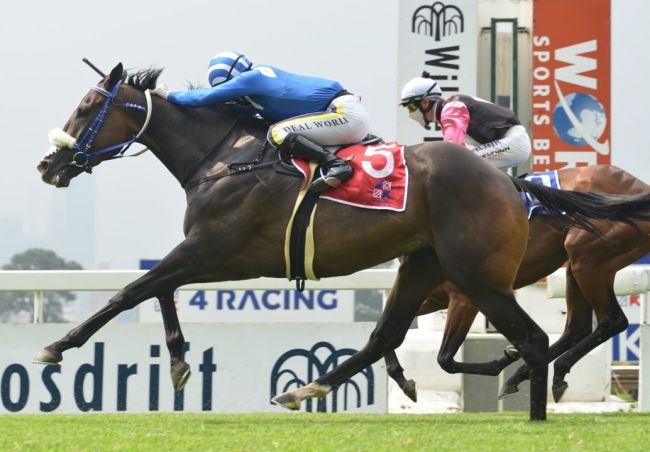 Al Muthana, in full cry past the winning post.

Mike de Kock’s Wolf Power 1600 winner Al Muthana took his next step up the ladder with a sensational late run to win the R400 000 Wilgerbosdrift Gr2 Hawaii Stakes at Turffontein on Saturday.

The 4yo probably finds the 1400m on the sharp side, but has a turn of foot second to none and was given a superb ride by Smanga Khumalo, who has been aboard at 4 of his 6 victories.

With the Paul Peter stablemates Freed From Desire and MK’s Pride looking set to fight the race out over the last 150m, Khumalo unleashed the Australian-bred from some lengths off.

This was his second stakes success, and took his stats to 6 wins with 3 places from 12 starts. 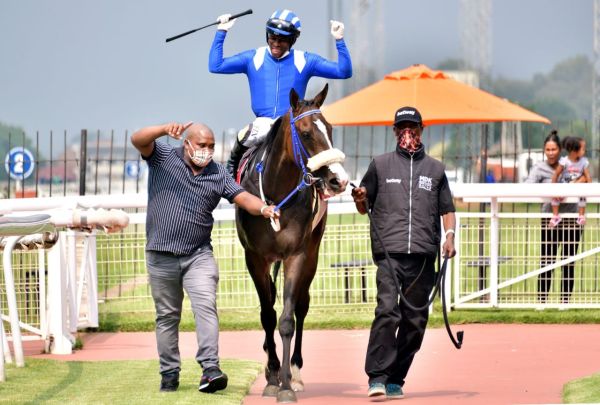 The 4yo has won R638 625 in stakes. Mike was pleased that his charge had won a feature under weight-for-age conditions, and described it as a ‘big victory’.

He said: “Al Muthana has been a revelation, this just shows what confidence can do to a horse. He looks like a proper Grade 1 horse now and that’s exciting.”  – extracts, Sporting Post.