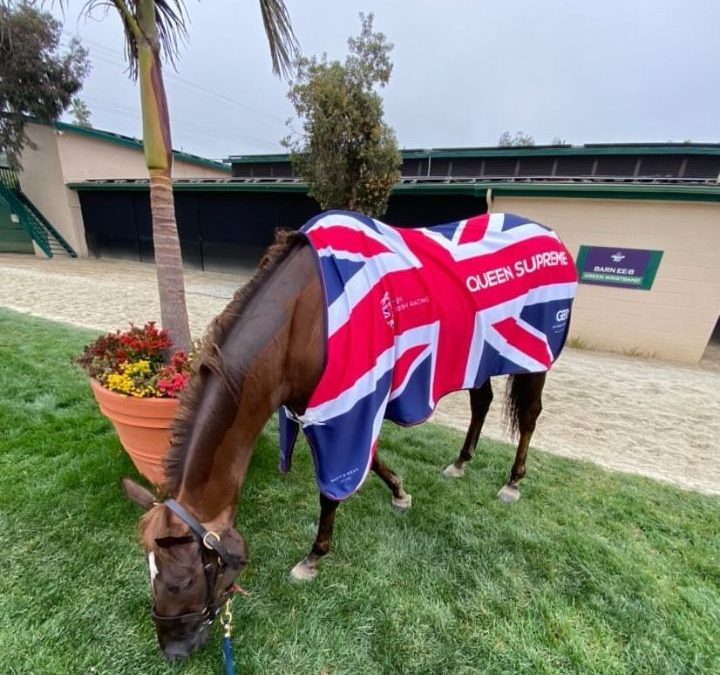 Andrew Balding senses Queen Supreme may surprise a few of her rivals at the Breeders’ Cup.

Formerly trained in South Africa by Mike de Kock, where she was a dual Grade One winner, Queen Supreme has had just one run for Balding.

On that occasion she finished last of seven behind Benbatl in the Joel Stakes at Newmarket, but her trainer believes she is much better than she showed there.

Unfortunately, she must try a new distance in the Filly & Mare Turf at Del Mar – because her first preference, the Mile, is oversubscribed.

Balding told Sky Sports Racing: “She’s not going to make the field for the Mile – which was our first preference, because we are very comfortable with her at that distance – so she’ll run in the Filly & Mare Turf, which is a mile and three furlongs.

“She shouldn’t be judged on her run in the Joel Stakes. She’s sharpened up a lot since then, and her home work has been of a very high level.

“If she gets the trip I think she’s got an each-way chance in the Filly & Mare. As I said, that’s not our first preference – but we’re looking forward to seeing her run.” – Attheraces.