Three more in our good spell of form

Charity Mile has a new sponsor 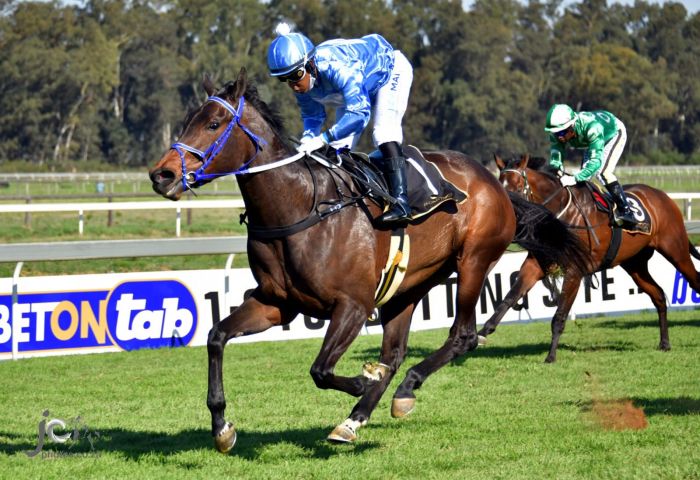 Bureau Des Legende faced a tougher task against colts and geldings after her Maiden win, racing at the Vaal in a MR66 Handicap over 1600 under top weight.

But while the field cut up to only four runners, she was impressive and there was merit in the way she quickened and ran on to win  by 1.5-lengths from the favourite, Sergei.

“Her Maiden was deceving, she won better than the length suggested. She brought her work to the track today and won well, she’s come on a lot,” said jockey Muzi Yeni.

Bureau Des Legende races for owner-breeder Gaynor Rupert of Drakenstein Stud. She’s by leading sire Legislate from a mare by Western Winter and was named after a French Political Thriller flighted in English as “The Bureau”.