Her win went down sweetly!

The late Sheikh Hamdan’s Al Muhtana crowned a wonderful day at the Vaal on Tuesday when he won Race 7 over 1450m in runaway style under S’Manga Khumalo. Earlier, Bethel (Race 2, Warren Kennedy) won his Maiden and Run For It (Race 6, Craig Zackey) followed his own recent Maiden success with a Handicap win.

Mike said about Al Muthana (Deep Field), who holds an entry to the 2021 Summer Cup: “I’ve always rated him highly, that is well documented. But things went a bit pear-shaped. He seems to be a horse that runs well fresh. He didn’t have a helluva lot of work before this comeback run. Some steady work yes, but he had a nice long rest and some time off. We threw him out, started from scratch and got him going again. This was an impressive win and he’s a good prospect, he has a Group race in him.” 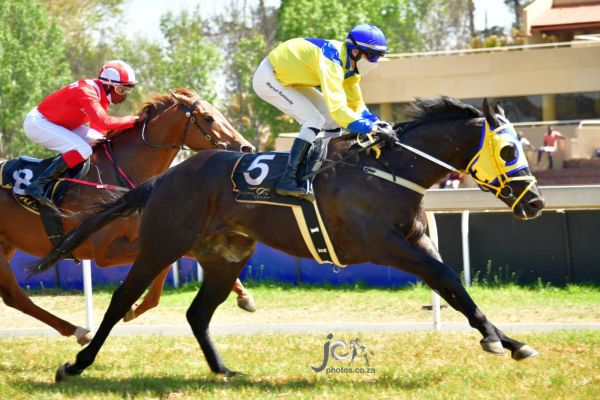 Al Adiyaat’s three-year-old gelding Bethel (What A Winter), Mike said, had been showing some nice work without producing a winning run, but he was brought back in trip for a win over 1000m and looks progressive enough to win again.

He said about Run As One (Gimmethegreenlight): “Run As One is an example of a three-year-old starting in the right place in the handicaps. He is now a two-time winner – I have three Maiden winners rated 6, 8 or 10 pounds more. As I’ve said many times before, three-year-olds should be starting on low ratings. In fact I believe we shouldn’t be rating Maidens, but only one-time winners. 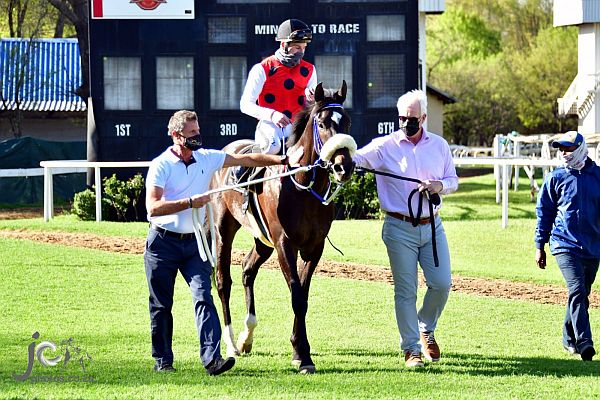 Run As One after his second win.

“Maiden winners should all start at a low rating so you give the owner, the industry, the programme, everything a chance for horses to win through. Starting Maiden winners on 90, or 93 or 96 is insanity because a lot of them are over-rated in my view. They beat weak horses by a good margin and then get slapped with ridiculously high ratings.

“That’s why I believe we should be rating one-time winners when they race together, not Maidens. Run As One started in the right place and has now won a couple. He’s built confidence, is able to progress step by step and we have happy owners.

“With a 96-rated Maiden winner, we have to wait a long time before it drops again to a rating at which it can be competitive again, that can take over five or six runs. Owners get despondent, and trainers have no choice but run these in races they know they can’t win, in trying to correct the mistakes made by the NHA’s handicappers. Week in and week out we see examples of how formerly high-rated horses have to drop way down the ratings to be competitive again.

“An interesting observation I made in England is that, once a horse has had three runs and then gets a Maiden rating, you’ll almost never see the trainer run it in a Maiden Plate at set weights. He’ll race it in a handicap or in a Maiden Handicap at the risk of winning a Maiden and getting an unnecessary high rating.”