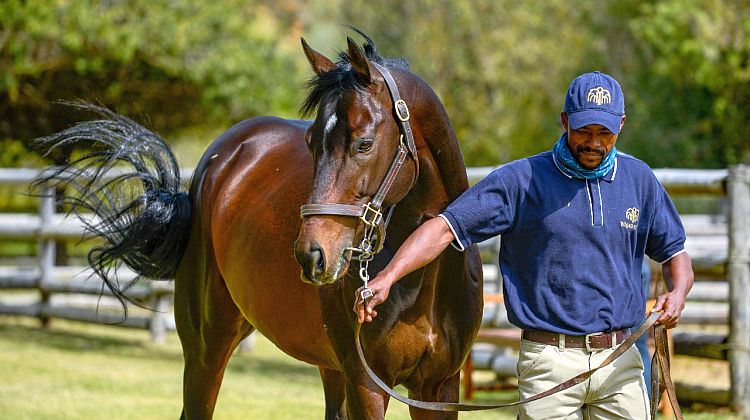 Wilgerbosdrift Stud presented their 2021 stallion day at the Piketberg farm on Sunday, a surprisingly pleasant day weather-wise, and warmed even further by Mary Slack and her staff’s hospitality, and the hot stallion show.

With the passing of Soft Falling Rain, Mary brought the War Front import Fire Away (USA) and Buffalo Bill Cody (IRE) to the farm to join Flower Alley (USA), and just a few weeks ago recent star racer Hawwaam completed the contingent. 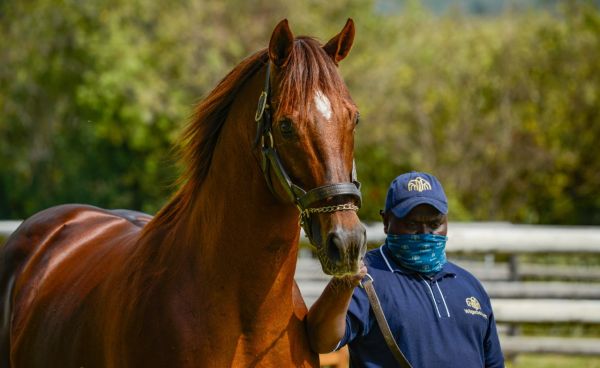 The stallions were paraded to fellow breeders, guests and photographers who had made the trips from as far as Johannesburg, Robertson and Paarl. They were led by the powerhouse Flower Alley, the son of Distorted Humor, and the sire of G1 Preakness Stakes winner I’ll Have Another and several other Graded Stakes performers in the US including Bullard’s Alley and Lilacs and Lace. His first crop in South Africa produced a host of winners including Bayberry, Fayrooz and the Gr1 placed, exported Parterre. His second crop yielded Gr2 winner Princess Calla and Eastern Cape’s star filly Santa Theresa. 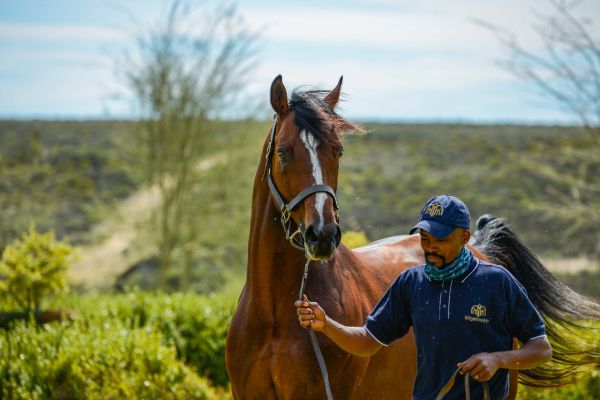 Fire Away, a world-class miler and seven-time winner with the G2 Dixie Stakes to his name, is a son of much sought-after War Front, the international sire of sires with over 30 terrific sons at stud among which War Command, US Navy Flag, Air Force Blue and Omaha Beach. He’s a smart and beautiful horse this one, a charmer who enjoyed the attention, and members of his first crop of yearlings are strong and neat. 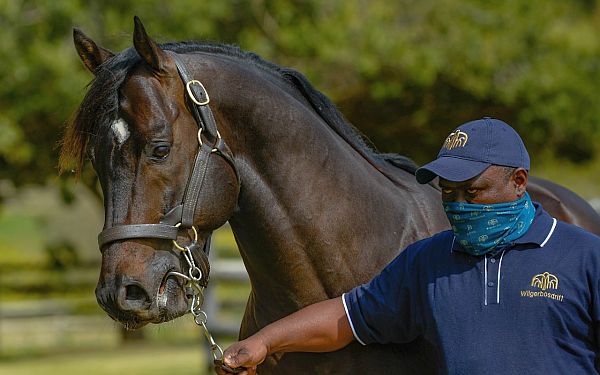 Buffalo Bill Cody actually drew gasps from the guests when he made his appearance – as close to a perfect specimen as you can get, muscled, shiny and on his toes, clearly enjoying his duties at stud. He’s a six-time winning son of the mighty Redoute’s Choice, the breed-shaping sire, from Buffalo Berry, a graded stakes winner in Ireland. Mike de Kock described Buffalo Bill Cody, who possessed amazing acceleration over 1160m – to 1600m, as one of the best he’d trained, so much so that he bought into the one-time G1 Queens Plate favourite when he went to stud roughly a year ago. 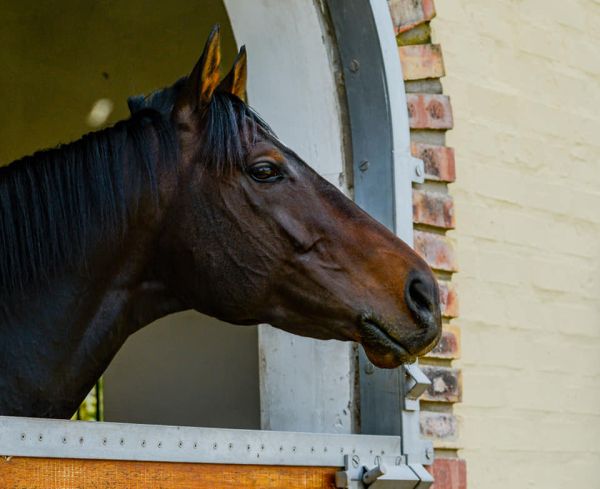 De Kock said that Silvano’s son Hawwaam, imposing and relaxed despite stepping off an international flight just recently following lengthy trips around the world, had actually grown in his year away, and that we hadn’t seen the best of a champion who already had five G1 wins to his name when he retired. He was born from the grand, multiple champion mare Halfway To Heaven, three-times broodmare of the year by Jet Master and Form Bloodstock’s Jehan Malherbe said: “He looks like a typical English classic thoroughbred.”
Thanks to Chase Liebenberg for photos taken on the day!
Share
0