Drakenstein Stud’s two-year-old colt Safe Passage showed some early promise, but he needed gelding and proved that in his first run back with a sweeping win over 1600m at the Vaal on Thursday, 22 July.

Craig Zackey had an armchair ride – it was all but over when he relaxed the reins – and Safe Passage won by five lengths.

“We expected Safe Passage to win today, but not this well. I think the field wasn’t great, we’ll see how the form works out. He’s certainly a nice, progressive colt by Silvano, thanks to Gaynor Rupert for sending him to us” said Mike de Kock. 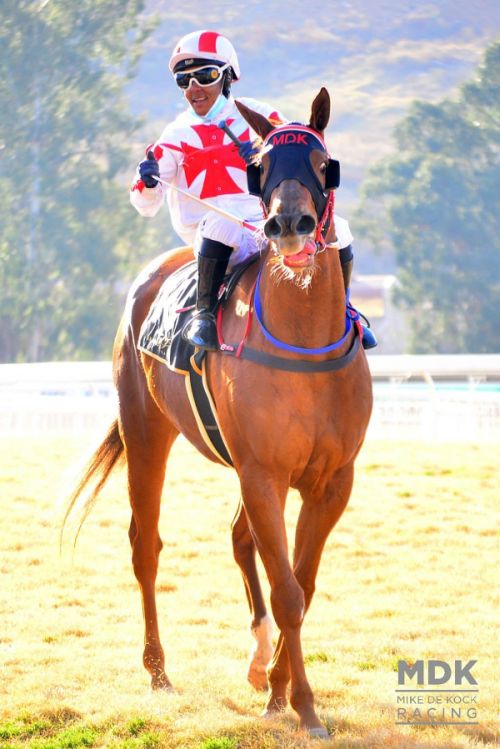 Mike’s own filly Golden Spoon (Vercingetorix) is also improving with racing. She was handily weighted inn a MR95 Handicap and produced a well-timed finish to win under Muzi Yeni.

“Golden Spoon was well ridden by Muzi, he is really at the top of his game. She;s well-bred, by a top sire from a mare by Captain Al, and she beat a competitive bunch here. On this, she can win again.”