Desert Miracle is the one to beat 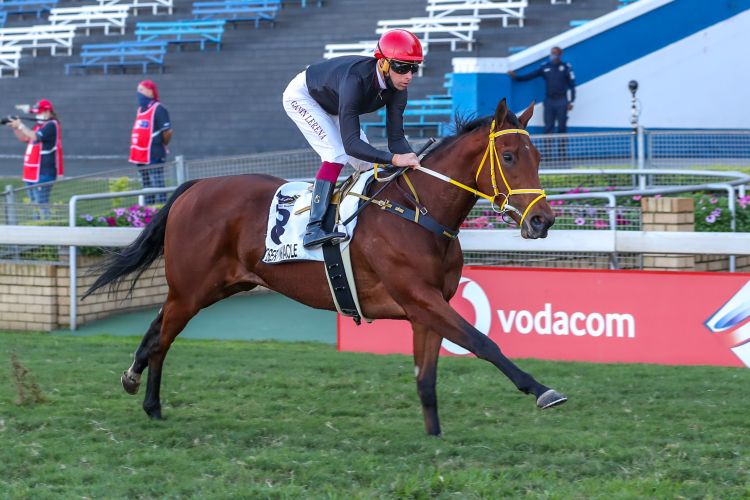 The stable expected her to win and Desert Miracle did so in quite breath-taking fashion clocking 84,81s, a split second faster than Waterberry Lane, who won the Gr2 colt’s equivalent just 40 minutes later.

Mike de Kock said: “One always questions the form when a horse wins so well, but Desert Miracle’s time shows there was merit in this victory. She was eased down while the winner of the colt’s race had to work hard to win.

“Desert Miracle came from strong Gauteng form lines. In the Gr2 Nursery she finished about seven lengths ahead of Supreme Quest, who won yesterday’s BSA Sales Race and Under Your Spell, who went on to win the Gr1 Allan Robertson. So on that the Durban fillies can’t be too weak.

Welwitschia herself was bought at the Goffs Orby Sale in 2012 and Mike said: “Mary had the foresight to buy the best available fillies for her broodmare band at Wilgerbosdrift and Jehan Malherbe, the team and I started back around 2010. We’ve have taken trips to the Goffs sale almost every year. We also bought Queen Supreme at that sale.”

Desert Miracle will be put away for a break now, to return in summer and to be aimed at the Fillies Classics. “The Cape Fillies Guineas will be our mission later this year,” said Mike.