Is your glass half full or half empty? 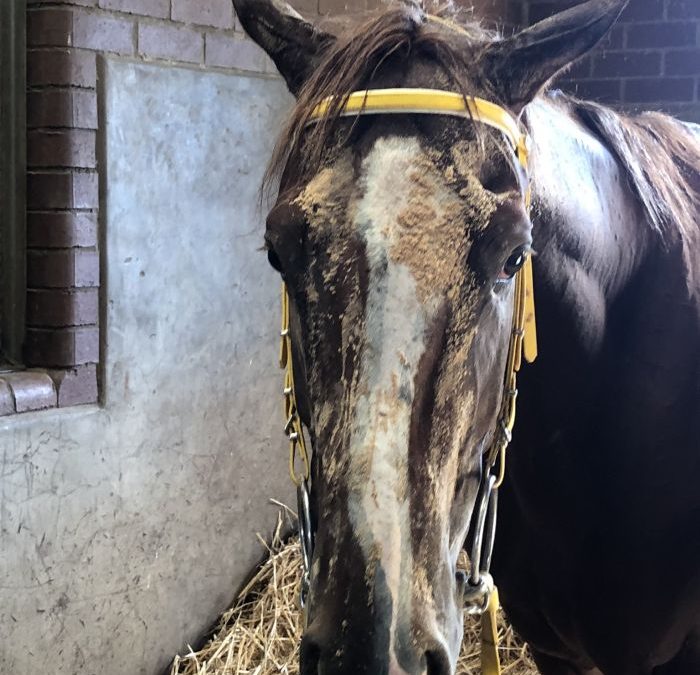 Nartjie, after a roll in the sand last week, happy horse.

AMSTERDAM based Andre van Schaik has his first runner in our stable at the Vaal today.

Andre, a trader by occupation, has shares in over 60 horses countrywide, mostly with Jacques Strydom at Fairview, which allows him to have several runners every week, and he’s had a good number of winners.

Owners based abroad are hugely favoured by the exchange rate, it makes sizeable participation so much easier because it is adffordable, and if we could have more owners of Andre’s ilk the game will prosper. He looks for value on sales and auctions, or makes contact with trainers when he sees a horse battling in the major centres.

Andre’s runner today is Masakeen (Race 6, 1700m) and Mike de Kock said: “She’s shown glimpses of form, I think she is capable of winning a race for us in Johannesburg and then Andre will move her down to Fairview.”

Race 4
Barak: “Wide and given too much to do last time, a tough horse, include.”

Nartjie: Not well handicapped, he has been punished by the handicapper, like they tend to do. Include, but he’s not a banker.”

Race 8: Governor’s Glory: “Disappointing last time after his Maiden, he is much better than that, include him in your play.”