Some concern about soft track 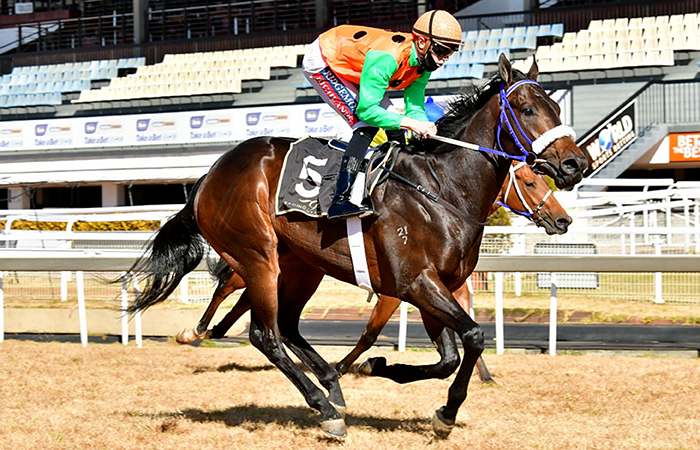 Mike de Kock is apprehensive about the effect soft going could have on top-rated Mount Pleasant in WSB Gauteng Guineas at Turffontein on Saturday, writes JACK MILNER.

Heavy rains last week resulted in the Grade 2 having to be held over for a week. Although the weather has improved over the past few days the tracks have had a lot of rain and if the going remains soft, it might result in De Kock rethinking the participation of Mount Pleasant.

The Australian-bred colt ran an inexplicably poor race in the Grade 2 Dingaans over this course and distance, finishing 10.50 lengths behind Catch Twentytwo.

Nothing physical has surfaced to explain the run. “I just got the feeling he is either a sprinter and does not see out 1600m, or he doesn’t like it soft,” said De Kock yesterday.

“But he was beaten too soon in the Dingaans to deduce he doesn’t stay. The minute he was asked for an effort he had nothing.

“He ran so well below his form that it makes me think the soft going was the issue. As a result, if the going remains soft, we might consider taking him out.

“Between myself and (owner) Dave (MacLean), we will make the call on Saturday morning.”

If they do decide to run him, De Kock confirmed his charge, the highest rated runner, was vey well. “I’d love to run him, he’s in good form. But he’s too valuable to take a chance with him.”

De Kock also has Malmoos who is fit and will take his place. “Both have had good preps. He ran a flat race in the Cape Guineas, but we gave him a bit of holiday after Cape Town. I don’t foresee any problems for him with the soft going but I believe he will be better over further.”

De Kock shrugged off any detrimental effects of the one-week delay. “Nothing has been ideal, but then everybody is in the same boat.”

Hopefully Mount Pleasant does take his place as he adds to the quality of the field. He won the Grade 2 SA Nursery over 1160m last year and in October won the Grade 2 Joburg Spring Challenge over 1450m on the Inside track in a star performance, beating the likes of Cirillo and Chimichuri Run.

Malmoos reeled off four successive victories, including the Grade 3 Graham Beck Stakes over 1400m at Turffontein and the Grade 2 Concorde Cup over 1600m at Kenilworth. He started a 14-10 favourite to win the Cape Guineas but never looked comfortable and finished ninth.