Al Sakeet can go on if he stays sound

MIKE de Kock has noted recently how he enjoys racing with friends, and the stable’s last two winners have come for regular lunch partners.

Governors Glory (Soft Falling Rain) was fancied when he raced over 1600m at Turffontein last time, but he was a bit green and only found his stride late in the race for a place. 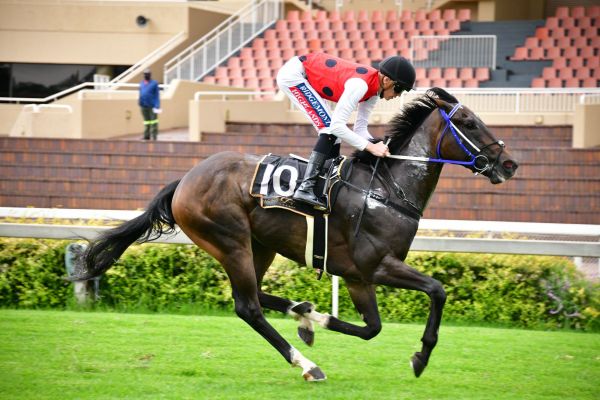 At the Vaal last Saturday, he showed the benefit of that run with a flawless win over a mile at the Vaal, in the hands of Callan Murray.

Governors Glory races for Wayne Jackson and Mark Campbell, two individuals who, aside from the occasional lunch outings, are regulars around the braai fire at the stables on Saturday mornings.

Shadow Creek (Captain Al), produced a well-timed finish for Randall Simons and got away from the fancied Grimaldi to win a decent 1800m Maiden at the Vaal last Tuessday.

Mike owns Shadow Creek in partnership with Larry Nestadt and JJ van der Linden, who has overcome a bout of recent illness and looks and fit and well as he did in his 30s, back in the 1970s.