Mat and Robbie talk about their partnership 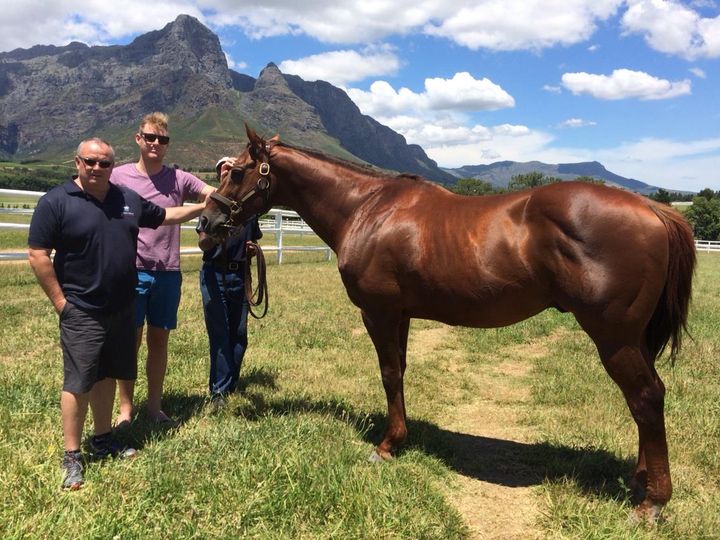 MIKE de Kock and Josh Norton pose in this 2014 photo with the great Horse Chestnut at Drakenstein Stud.

It is almost 21 years ago, after being exported to the United States that he won his only start in the US in runaway fashion.

Injured, he went to stud at Claiborne Farms, later returned to South Africa and stood at Drakenstein Stud.

He died on 19 February 2015 and we reported at the time: “Horse Chestnut’s fame and fortune created much of the same for others; around him families were brought together, rifts were settled and life-long friendships were formed. His talent stunned experts in his home country and abroad; his exploits were bewildering, made of dreams. He opened eyes to new horizons and fulfilled many more dreams. He was an Idol and an Idolmaker.”