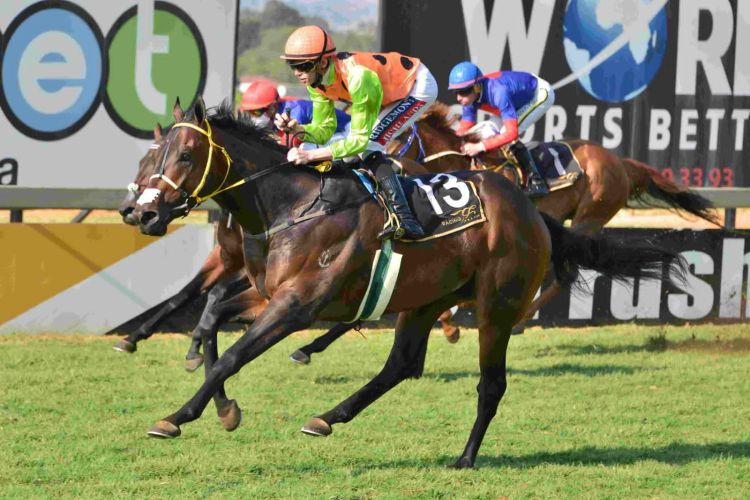 RACE 3:
“Nartjie was very green on the inside track when he was drawn wide first time out. This is a better course for him, drawn better on a longer run-in. I expect him to be in the money, he does need to find six lengths on Castle Corner, but he has improved, I wouldn’t leave him out of anything.”

“Vadnaan is bred for this trip, he has improved and must have a Quartet chance.”

RACE 6:
“Mount Pleasant is very straightforward and I think he’s a very good horse. I thought he ran a great race last time for a three-year-old against older horses off a rest. I’ll be keen to see how he runs against his peers. He’s doing very well, good chance.”

“We rate Al Muhtana, he was slightly disappointing last time but he’s a big runner here, he has improved the margin he was beaten last time, doing very well at home.

RACE 7:
“Charles had a fairly straightforward prep, two good runs and running on all the way. Whether he’s good enough we’ll have to see. He has got a handy weight given his early form, I expect a big run.”

RACE 8:
“Queen Supreme  has had a good rest which she needed and I’ve done as much as I can with her at home. I know she is well handicapped but 9kg is a lot of weight to give away to an up-and-coming youngster. Weight for age races always tough, in War Of Athena we have a serious rival, but our filly looks fit and well, has a chance.”

RACE 10:
“Fired Up is an honest handicapper, I really feel that this course and distance should be good for him. When he has his way in front, he runs well, a good showing expected.”