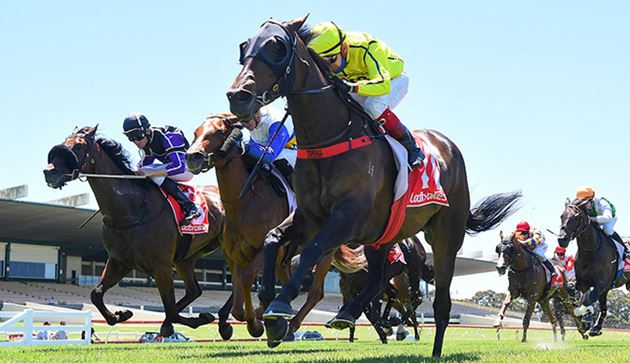 The son of champion trainer Mike de Kock arrived in Australia in March and officially joined Robbie Griffiths as a training partner last month, with the pair having their first runners together on Geelong Cup Day (October 21).

The milestone victory came courtesy of a confident Dean Yendall ride, as he positioned La Pietra ($8.50) second behind Summaroca ($5.50) in the 1400-metre set-weights maiden worth $27,500 to the winner, before moving clear with 200m remaining and scoring by half a length.

“We’re all over the moon, we’re really excited,” de Kock said. “She’s a little quirky at home but I think she’s got more ability than a one-time winner.

“It’s a big team effort with her, she’s not easy, it takes a lot of staff to get her to the races and she’s done a good job today. She’s a scopey mare by Pierro and I think this is the bottom range of her distance.”