A bright debut from Silvano filly

Malmoos will improve going into Guineas 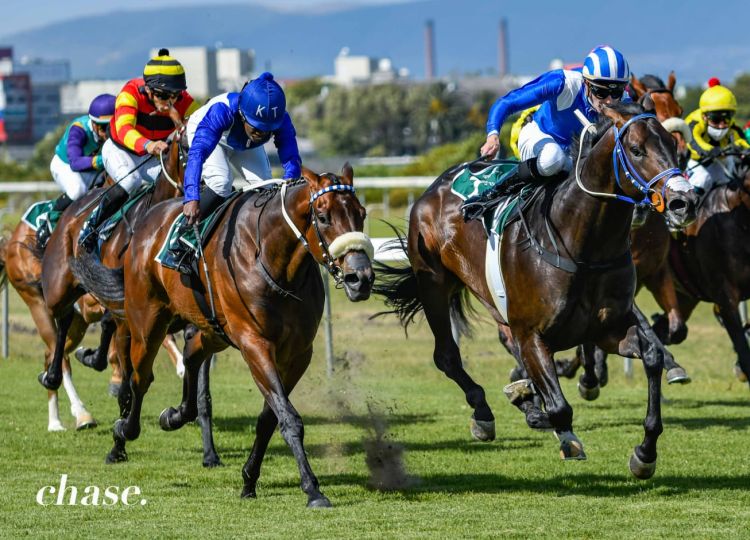 MALMOOS kept his undefeated record intact by winning the Avontuur Estate Concorde Cup over 1600m at Kenilworth on Saturday, and Mike de Kock hopes that he will improve a few lengths in the weeks leading the Gr1 Cape Guineas on 19 December, where the impressive CTS Ready To Run Stakes winner Seeking The Stars will loom as a definite danger.

“He still has a long way to go, and the penny hasn’t dropped yet. He ran in snatches” said Mike immediately post-race.

“On form he will need to improve to win the Guineas, as Vaughan Marshall (trainer of Seeking The Stars) has a nice line with the runner up.”

Malmoos, ridden by Luke Ferraris, jumped well from his pole position gate, and settled in a handy position as outsider My Bestie went off to set a moderate gallop with Linebacker also up there.

But there were only two in it over the final 400m. Malmoos swiftly put his head in front of Linebacker and always looked to have the measure of his ultra-game opponent. And despite hanging out in the latter stages he went on to win by a workmanlike half-a-length.
“Malmoos will stay down here now with Brett Crawford before having a crack at the Guineas,” concluded the champion trainer.

Ferraris said: “He was quite green going around the bend, he’s still a big baby, but we had a good draw and everything worked out. He’s a beautiful horse with a beautiful attitude.”

Bred by Varsfontein, Malmoos is a son of Captain Al and Justthewayyouare, by Fort Wood. He’s four from four, with R272,000 banked for owner Sheikh Hamdan bin Rashid Al Maktoum.