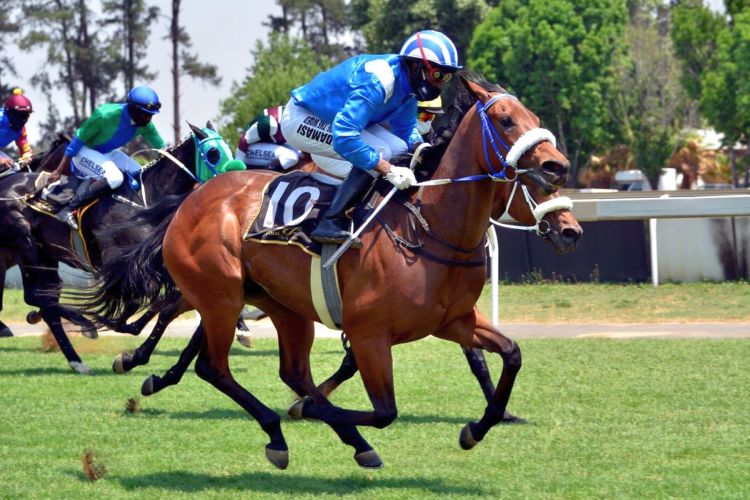 The Vaal classic meeting on Thursday brought tree winners and two places for the stable, a “good day at the office” and there were some promising performances from our runners.

Jamaheery (headline photo, Goodman Dadamasi up) started the action in Race 1. Mike thought she’d find this 1200m too short on her debut, noting that she was expected to run on well at the finish from the back of the field. She did exactly that, but well in time to win a good race.

“I thought she’d just be getting closer near the finish, but on the way she won, she looks like a filly with potential,” Mike said about this daughter of Dynasty and Ad Idem, owned by Sheikh Hamdan. 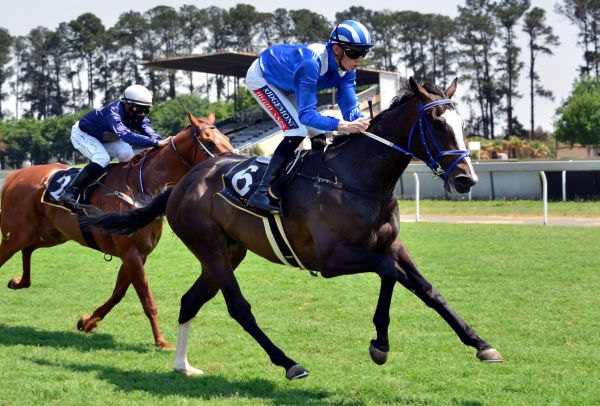 A son of deceased champion Soft Falling Rain, he was sent off tote favourite for and duly obliged. The colt fought off a wall of challenges before going on to post a one and a quarter length debut win over 1200m.

“This was a weak field, but look at the race, he was just about beaten at the 200m mark and fought back to win which shows character, there will be more to come from him,” Mike said. 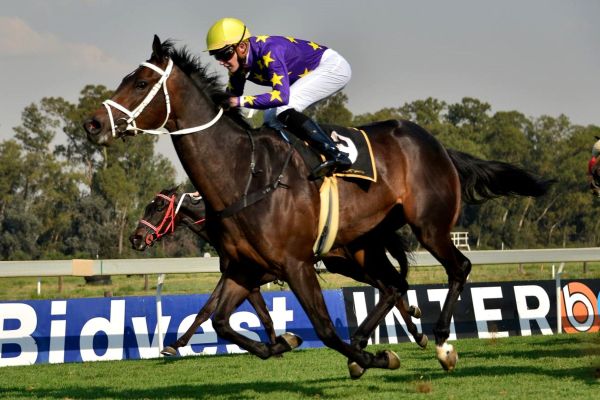 RA board member and new owner Mapula Sambo enjoyed a follow-up win with three-year-old Kokeshi (Luke Ferraris( in Race 7, her first run out of a handicap against older fillies, and over 2000m.

“Kokeshi is by Flower Alley, they love the extra, tough customers. Mapula, as I said last time, is a lucky owner. We are pleased for her early success, long may it last!”