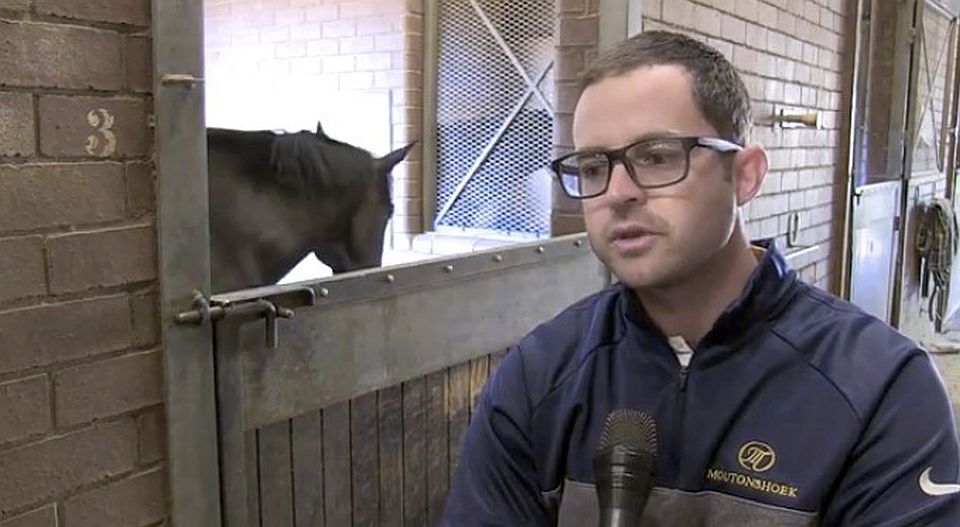 MATHEW de Kock will saddle his first two runners in Australia on Wednesday when Mr Money Bags and Token Spirit line up at Geelong outside Melbourne.

Mr Money Bags lines up in Race 5, a BM78 Handicap over 1500m and will be ridden by Damian Lane.

The six-year-old chestnut gelding has a career record of five wins, three seconds and three thirds from 32 runs and has earned A$518,630 (R6-million) in prizemoney.

Token Spirit lines up in Race 6, the Geelong Classic over 2200m with Mark Zahra in the saddle.

The three-year-old colt will be making his fourth appearance and will be aiming to add to his maiden win which he achieved in his second outing.

“We’re so excited to be joining in partnership and really think it’s a perfect opportunity for both of us moving forward,” Griffiths said.

The pair didn’t have to wait long to see their names in a race book, with the first two runners accepted to participate in Wednesday’s action.

“In these modern times with racing 24/7, partnerships have proved very successful here in Australia and we hope we can be the next pair to make an impact.”

The 29-year-old De Kock has been based in Australia since March and had initially intended to train in his own right at Cranbourne until Griffiths presented him with the partnership opportunity.

Mathew had been assistant to his father, Mike, since 2010.

Both father and son last year toured numerous training facilities in Victoria and NSW to find Mathew’s future base before they eventually decided on Cranbourne.

Unfortunately for South Africans the race meeting at Geelong is not part of the bouquet of races that will be broadcast on Tellytrack. – TAB News.