Another game win from Barak 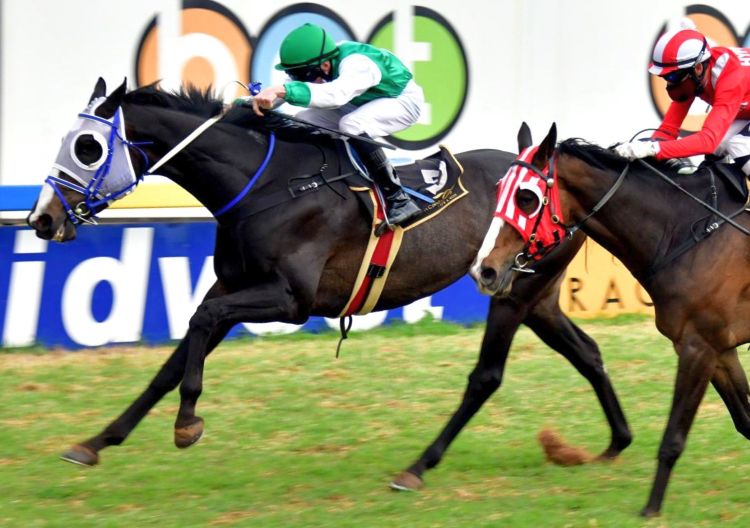 BARAK took a while to win his Maiden, but was always considered to be better than a one-time winner. He completed his hat-trick of wins while well out at the weights in a Pinnacle Plate over 2600m at Turffontein on Saturday.

Mike noted in his pre-race comment that Barak was “on the up and very fit”, but out at the weights with the the likes of SA Derby wnner Hero’s Honour and 11-time winner Dawn Assault, but Barak proved again that he’s no slouch with a gusty win from off the pace.

He was well ridden by Jarryd Penny, who kept his cool when pacemaker The Bosbok was injured and dropped back through the field at a crucial stage of the race. Barak was affected, he lost momemntum and a length or two, and still fought on to bag the race from Gold Griffin.

Barak, bred by Eugene Freeman at Boland Stud, is by Master Of My Fate from a mare by Captain Al. He races for Mike, George Ragunan and Noeline Malherbe.