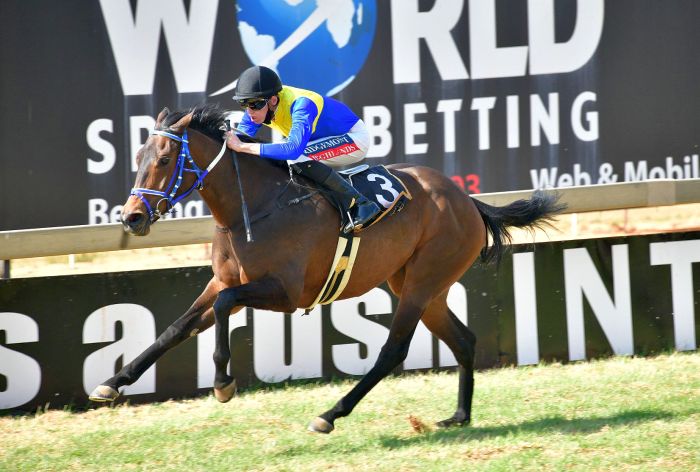 FIRE Flower has been knocking at the door, and she made her draw count at Turffontein’s inside track on Tuesday to win her Maiden over 1450m in a confident manner.

Jockey Callan Murray had Fire Flower well-placed on the rail, just two lengths off the leader on the turn for home and she made a quick move to put a few lengths between herself and the chasers.

Most of her fancied rivals were drawn wide and Fire Flower was an easy winner at the line, the margin three lengths over Only The Brave, suggesting more in the tank.

Fire Flower was bred and is owned by Lady Chryss O’Reilly from Ireland, who stands her Gr2-winning dam Festival Of Fire at Mary Slack’s Wilgerbosdrift Stud.

“Lady O’Reilly supports South African racing, she sends us runners year in and year out. She’s been patient with Fire Flower, and we’re hoping she can win again.”