Evans rules in favour of MOD 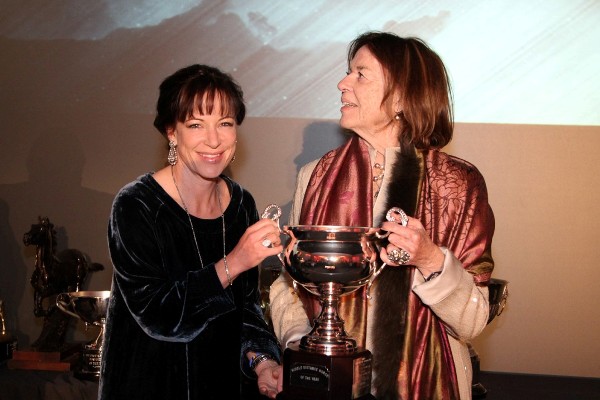 PHUMELELA’s Business Rescue Practitioner, John Evans, has published his long-awaited Business Plan, in which it has been established that MOD (Mary Oppenheimer Daughters), has provisionally acquired the horse racing assets and business from the embattled company following a head-to-head contest with UK Bookmaker, Betfred.

In effect this means that, on approval of the Business Plan by Phumelela’s creditors and regulatory authorities, MOD will take control of Phumelela’s racing assets and establish its vision and own management for the business of racing thereafter.

Approval of the plan, with or without modification, will depend on the outcome of a Creditors’s meeting to be held electronically on the Zoom platform on Tuesday, 1 September 2020 at 11am.

According to a report released by Evans to creditors, which contains step-by-step details of the Business Rescue Process thus far, and full, audited statements of the Company, the implementation of the Plan will rescue Phumelela by virtue of the fact that it will result in a better return for Creditors than would be achieved by the immediate liquidation of the Company.

Evans has proposed the opening of a Plan Fund Account, to retain control over the net cash generated from trading the business of the Company. The proceeds of all monies collected from all of the Company’s debtor(s) and receivables will be paid into the Plan Fund, along with the sale of the business and / or Assets.

This Business Rescue Plan proposes that the net cash generated from trading during the proceedings plus further net realisations from the sale of Assets post the Adoption Date will be ceded irrevocably to the Plan Fund and distributed to the Creditor(s) of the Company, and as the case may be the Company in the manner and order as detailed in this Plan, out of the Plan Fund.

When Phumelela went into Business Rescue in May this year, MOD provided post commencement finance of up to R100m to fund the operation of the company during busines rescue. To date R60m has been drawn against that, and MOD have in order to facilitate an orderly sale process, and on adoption of the plan, agreed to provide an additional PCF facility of R550m. This facility allows the Company to draw three equal amounts directly into the Plan Fund for distribution as provided for in the Plan, starting in October.

Evans noted in his report:

“The BRP received many expressions of interest for the component parts of the business or assets and following a fast track sale process received formal proposals from the interested parties.

“The implementation of the Plan will result in a better financial return and general outcome to Concurrent Creditor(s) as opposed to a liquidation of the Company.

“In preparing this Business Rescue Plan and in formulating proposals the BRP has made forecasts and estimates with respect to Asset realisations, in certain cases assets valuations and the total value of Claims of Creditors.

“The BRP, with input from the Management, assessed the financial position of the C

Company, its cash requirements in the short, medium and long term and most importantly assessed its viability.

“Shareholders will to the extent that the proceeds from the sale of assets is sufficient to repay creditors in full, receive distribution pro rata to their shareholding in the company.

“Employees will retain their employment and if retrenched will, as a Preferent Creditor be paid their entire retrenchment benefits.

“As at the Commencement Date the Group had 2050 employees most of whom will be transferred in terms of section 197 and 197A of the Labour Relations Act to the new owners of their respective business operations.

“Any employees not so transferred will be retrenched and will receive their full retrenchment entitlement.”

Charles Savage, speaking on behalf of Racing’s Restructuring Task Team (RTT), stated: “We are very pleased with the Plan presented by John Evans. Mary Slack and Jessica Jell have a long history of horse racing and breeding in South Africa and they have a strong desire to secure the Phumelela racing assets for the immediate benefit of South African horse racing, as well as to assist in transforming racing to a long-term, sustainable and all-inclusive industry for the benefit of all concerned.”