Dettori family no strangers to SA 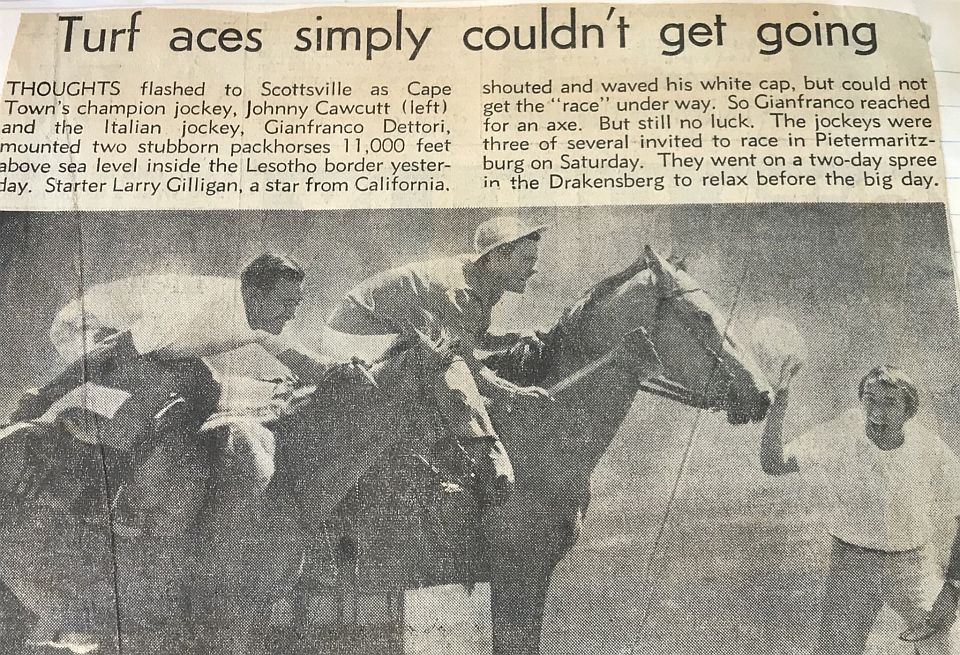 FRANKIE Dettori often visits South Africa for Jockeys Internationals and other feature rides, and so did his father, Gianfranco, himself a leading rider of his day who won no fewer than 13 Italian titles!

Diane de Kock found the clipping above in her scrapbook, it features her own father, Johnny Cawcutt. and Dettori Senior, joking around before a Jockeys International at Scottsville in 1969.

Today, Frankie is very friendly with the De Kock family and has ridden several runners for Mike in Dubai and the UK.