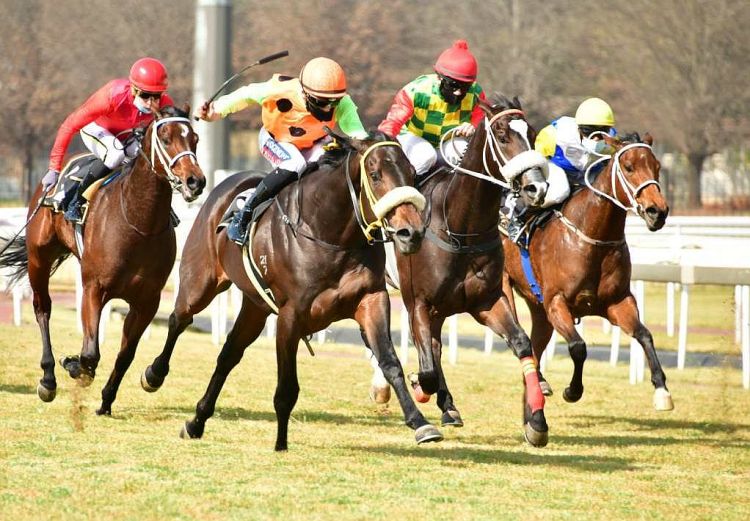 THERE was talk for a number of runners in a competitive Juvenile Plate over 1100m at Turffontein Saturday, including Mike de Kock’s first-timer Mount Pleasant (AUS, 3-1), who knuckled down late in the race to win impressively under Callan Murray.

Mount Pleasant was in touch going through the 350m, but had some work to do – that he managed to reel them in late showed what he is made of and Mike commented: “I like horses that show this kind of spirit in a finish, especially first time out.

“Mount Pleasant has an excellent pedigree and he is the third horse from the mare Life In  A Metro (Fastnet Rock) we have bought following Belton Rock and Hakeem. Thanks to owner Dave MacLean for supporting us, Mount Pleasant is a proper horse. He’ll need more ground, but we’ll keep him in Johannesburg for the SA Nursery before considering Durban.”

Mount Pleasant was a first South African winner for Vancouver (AUS) who has already had five first crop winners. He was signed for  by Form Bloodstock’s Jehan at the 2019 Inglis Melbourne Premier Yearling Sale, and fetched $90 000.