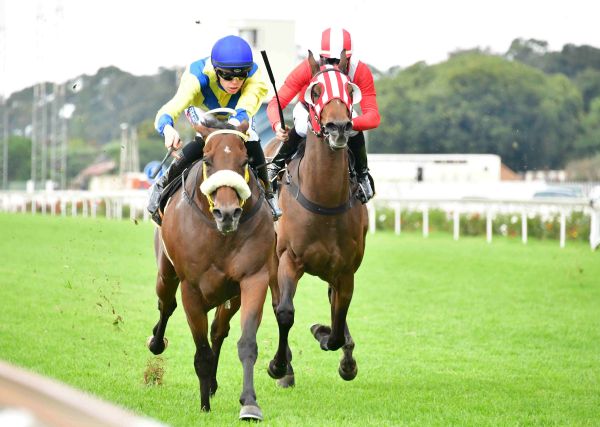 SOUTH African horseracing swings back into action this Monday 1 June with a 10-race meeting on the Greyville Polytrack in Durban.

Racing was given the all-clear from the South African government on Thursday following the decision to reduce the status of the Covid-19 lockdown from Level 4 to Level 3, which allows for the opening of non-contact sports.

There’s a full programme for horseracing fans to look forward to over the next few weeks. The meeting on Tuesday 2 June will be at the Vaal on the Highveld, followed by Kenilworth in Cape Town on Wednesday, Vaal again on Thursday and Friday at Fairview in Port Elizabeth.

The other races postponed from Champions Day will be run at Turffontein on Saturday 27 June, including the Grade 1 Premier’s Champions Challenge over 2000m, the Grade 1 Computaform Sprint over 1000m and the Grade 1 HSH Princess Charlene Empress Club Stakes over 1600m. Other feature races that day comprise the Grade 2 SA Nursery, SA Fillies Nursery and Camellia Stakes (all over 1160m) and the Grade 3 Gold Bowl for marathon runners over 3200m.

The Champions Season in KwaZulu-Natal will kick off on Sunday 7 June on the Greyville turf track with the running of the Grade 2 Independent On Sunday Drill Hall Stakes over 1400m plus the Grade 2 WSB Guineas and WSB Fillies Guineas, both over 1600m.

The Grade 2 Post Merchants over 1200m will be run at Scottsville on Saturday 13 June alongside the Grade 3 Poinsettia Stakes for fillies and mares over the same distance, as well as two Grade 3 races for juveniles over 1100m – the Godolphin Barb Stakes and Strelitzia Stakes for fillies.

Two of the most prolific races for three-year-olds, the Grade 1 Daily News 2000 and Woolavington 2000 for fillies, will be run at Greyville on Sunday 28 June. Both races are over 2000m and there’s a third Grade 1 event on the card in the Gold Challenge over 1600m.

Add those to the three Grade 1 races at Turffontein a day earlier and the stage is set for a sensational weekend of racing.

Kenilworth will stage the Grade 3 Variety Club Stakes over 1600m on Tuesday 9 June alongside three Listed races – the Sweet Chestnut Stakes over 1600m, and the Somerset 1200 and Perfect Promise Sprint, both over 1200m.

Gold Circle announced earlier that their Champions Season showpiece, the Grade 1 Vodacom Durban July over 2200m, will be run on Saturday 25 July. The meeting usually takes place on the first Saturday of July, but was moved to the final Saturday of the month due to the coronavirus lockdown.

In terms of the demands of Government, the National Horseracing Authority (NHA) has made it clear that all meetings will be run behind closed doors.

Horses moving between regions will not be allowed unless a horse is moving to another province on a permanent basis. That’s as per the regulations of the Department of Agriculture, Forestry and Fisheries.

The last race at all meetings must be run not later than 16:45.