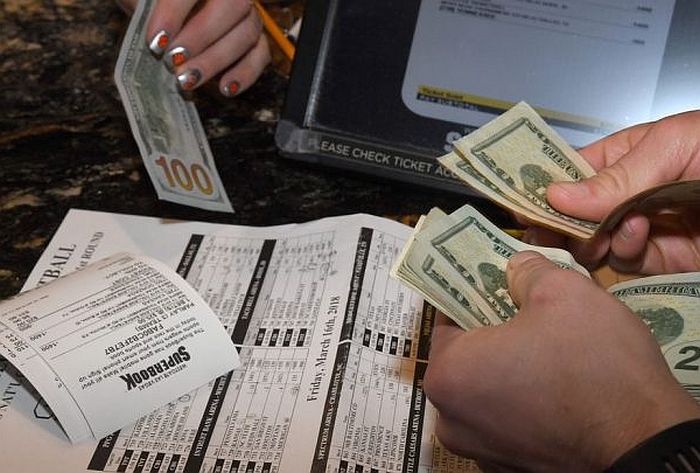 EVERYONE in the racing industry longs for a return to normalcy at the earliest, safest time possible, writes PATRICK CUMMINGS of the US Thoroughbred Ideas Foundation in a thought-provoking piece that has a definite bearing on the funding models of most racing jurisdictions at this critical juncture for all.

In the interim, we think it is a good time to reflect on American racing’s business model for the future of the sport.

Whatever your position on federal legislation or the use of Lasix, every single owner, breeder and trainer should focus on the need to fix racing’s funding model. It has been broken for a long time.

This is NOT an exercise in name-calling or corporate shaming. We are quite certain some will misinterpret it as such. We believe this is a clear-headed assessment of the financial realities of our business. Horse owners and horseplayers choose to participate. If we are to create a legitimately sustainable future that ensures proper funding to enable continued participation, then it is time for a new model.

As the famous proverb goes – the best time to plant a tree was 20 years ago. The second-best time is now.

Despite few tracks going forward in recent weeks and little to no competition for wagering, Oaklawn and Gulfstream have reduced purses, blaming the loss of subsidies from now shuttered casinos and the lack of on-track handle.

Oaklawn set a new record for single day handle last Saturday, with more than $16.8 million bet and significantly surpassing the comparable day a year ago – Arkansas Derby day – which saw handle of $11.7 million and a crowd of 45,000.

When asked earlier this week, just days after the record haul if Oaklawn could possibly extend their meet, track president Louis Cella said “we have no purse money left.” This is the same track that was running $87,000 maiden races and $90,000 first level allowances just weeks ago.

Fonner Park questioned their ability to maintain their miniscule purse levels despite daily handle from ADWs being exponentially larger than their normally much smaller handle levels driven by strong local, on-track attendance.

How is this possible?

The unnatural situation created by the pandemic magnifies what has been obvious otherwise for far too long. Racing’s funding model is completely counter to modern customer behaviour. In 1996, roughly 75% of all bets on American races were made “off-track,” but often in brick-and-mortar simulcast facilities. In 2019, that number increased to 92%, but a significant amount came through advanced deposit wagering accounts online (ADW).

Horsemen receive a miniscule, but varied, amount from bets made via ADWs. They earn a more significant percentage when bets are made on-track, in-person. It should be noted that a few jurisdictions have claimed bets made via ADWs while bettors are geo-located on-track, but it remains a minority.

So who is actually making the lion’s share of the money?

The biggest beneficiaries of today’s model are technology providers within the sport, but not “racing.” The shareholders of Flutter (TVG) and Churchill Downs Incorporated (CDI – Twin Spires) see the most benefit from the status quo, as do the private owners of The Stronach Group (TSG – Xpressbet). Together, these entities handled more than $4.1 billion together in 2019.

But it isn’t just the ADW revenue.

CDI and TSG also own two tote companies – United Tote and AmTote. Within this construct, these two industry behemoths have almost no incentive to modernize the tote, to offer new bet types, to introduce greater commingling opportunities, or to ensure betting market integrity.

Horseplayers question this technology, late odds changes, access of preferred customers to cancel bets after races have started and worst. The tracks even own racing’s self-appointed betting integrity channels too, through the Thoroughbred Racing Association of North America (TRA).

So – some of the biggest track operators own ADWs, some also own tote companies, and they essentially all have a share in the betting integrity organization.

And it gets worse.

Horse owners have no rights to the data generated by their own horses, nor their imagery. Tracks own racing’s data through the TRA, in partnership with The Jockey Club, via Equibase. Owners and breeders relinquish such rights when registering their foals, a requirement to race.

Meanwhile, access to the imagery of races is limited too.

Tracks are mired in expensive, long-term contracts with Roberts Communications, which operates a monopoly over racing signal distribution, something which required far more attentiveness when the only means of wagering on racing “off-track” were through brick-and-mortar facilities with satellite connections to claim the protected signals.

But today? With national networks in tens of millions of homes offering racing and the proliferation of the internet?

Some smaller ADWs actually have to pay TVG in order to provide live streams of races on their own betting platforms, despite far less expensive streaming options available.

As it relates to evolving betting on American racing to present customers with modern opportunities, the behemoths want it both ways at the expense of growing the business.

Did you realize that tracks sell fixed odds betting rights to their own races so that overseas customers (think British bettors in the UK) can bet American races at fixed odds, through legal bookmakers? Tracks do not often share that revenue with horsemen at home for purses and then shun the opportunity for fixed odds expansion to American customers, meeting the needs of the developing market for “sports betting.” It should be no surprise. After all, the “big dogs” own and operate the betting platforms and antiquated tote technology, keeping costs low and profits steady.

The “big dogs” own the monster ADWs, and they dominate their competition – be it smaller tracks without ADWs or smaller ADWs without tracks.

The greatest revenue shift in the business has been the enrichment of these entities gaining larger pieces of a quickly shrinking industry pie. This is an untenable situation for horse owners, and has been incredibly detrimental to horseplayers who deal with rising takeout from all of the technological “middle men” who take increasing fees as a result. While many fear a changed model could yield higher takeout, in no way do we recommend raising takeout on bettors whatsoever. Horse owners and horseplayers must recognize their aligned interests as the sport’s only optional participants.

Remember, it doesn’t matter where you stand on the federal bill, this fundamental business structure is debilitating the future of horse racing, its sustainability, in America.

Casino revenues have served as purse subsidies and generally hidden the long-term impact of this awful system for horse owners. As tracks and states closed their doors to keep customers at home, the extent of the decay within the system has become far clearer. We have relied on casino-funded purse subsidies far too much.

So who benefits from these levers of the business – ADWs, data, fixed odds, signal distribution and tote companies – all aimed at maximizing revenue from betting remotely?

Hint – it’s not the people who CHOOSE to participate in racing – horse owners, and certainly not horseplayers. The real cost to horseplayers has increased substantially through higher takeout and the presence of more exotic wagers.

The technology providers along the way claim all of the excess.

A pandemic comes along, closes the casino and grandstand for a few weeks, and horsemen have to make due with less initially, and potentially far more over the medium term.

It’s time for a new model.

Horsemen should own an ADW, demand the most competitive rates, demand an investment in a modern tote, or fund the construction of a new tote system. Horsemen should prepare to buy or lease tracks for their own operation. They should gear up, mostly financially, for the protracted legal fights that have been avoided for far too long.

2020 should be the year that owners stop tolerating racing’s long-broken funding model and started on a new path to make the sport far more sustainable for all of its stakeholders.

The threat of boycotting the entry box to actually fight for a new funding model should be greater than ever. Horsemen don’t like it now, but many are living through a period where horses don’t have races to enter. Those who are racing are happy to make do with less because it’s more than some others have at present.

What will happen when states enable casino wagering from mobile devices, responding to calls of casino companies to reclaim revenues in safer, individual environments as opposed to big slots parlours with machines which face infrequent sanitizing? What happens when casinos continue lobbying for decoupling, a growing threat even before the pandemic, as outlined in our recent white paper?

Unquestionably, casino behaviour will change after the pandemic subsides. Horsemen must start acting now. The only guaranteed revenue for racing is from wagering ON horse races. It is beyond time that the people who own, race and breed horses got far more involved in renovating the funding model that keeps the sport operational.

These conversations have been ignored, particularly as horsemen have been endlessly side-tracked by Lasix and a federal bill.

In the early 1990s, horse owners in California revolted over their lack of control, and successfully won the negotiating rights to their purses after creating the Thoroughbred Owners of California (TOC). At the time, it was a win. They haven’t evolved.

In 2002, horseplayers and their advocates decried the state of security in the aftermath of the Breeders’ Cup “Fix Six” scandal. They demanded modernisation. It hasn’t happened.

Horse owners and horseplayers pay for everything in the racing ecosystem and handle growth has been significantly negative when adjusted for inflation over the last 20 years, even if it seems relatively flat in recent times. But still, purses earned from gambling dollars shrinks.

If the sport’s financial levers are not maximised to attract more owners and more players, it will contract – increasing the costs on all existing owners and players, decreasing the number of participants over time. Any product that horseplayers demand of their sport should benefit horse owners too – be it increased integrity, transparency, better race scheduling, eliminating doping, etc. There is no need to accomplish any of this with raising takeout. The opposite might be true – a reduction in the cost of betting to horseplayers would increase overall play and inject more money.

Horse owners and horseplayers can be aligned in the quest for a far better financial construct tied to the sport.

The best time to repair racing’s flawed business model was 20 years ago.

The second-best time is now.