RA is committed to best outcomes 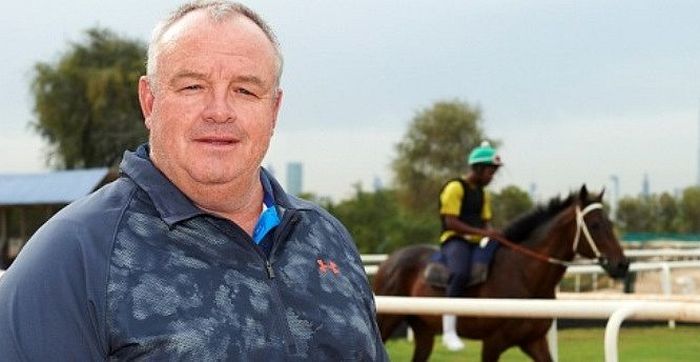 THE Racing Association is not willing to get drawn into mud-slinging contests in response to criticism of their stakes agreement with Phumelela concluded on Monday. Comments disapproving of the agreement have been posted on racing forums and social media platforms in the last few days.

Following the announcement of their R13-million injection into racing’s stakes pool, the RA has reiterated a statement from its acting Chairman Brian Riley, who wrote in a letter to members: “The RA does not accept nor condone a reduction in stakes payments. We have to be realistic and work with Phumelela to achieve the best possible outcome for our members.”

Trainer Mike de Kock, a member of the new RA Board alongside Riley, Charles Savage and Wéhann Smith, said on Wednesday: “I guess we’re doomed to further disapproval if we respond, and doomed to same if we don’t. We do not see the point in reacting to the vitriol. What good will it do? The comments are based on premises of mistrust and ongoing debates with negative individuals will get us exactly nowhere.

“We have tried to put ourselves on the other side of the fence and in certain respects we understand the anger out there. A few good viewpoints have been raised among the nasty ones. We on the RA board are not oblivious. We have lived through what has happened in the South African industry with everybody else. But fighting with keyboard critics will detract us from the issues at hand and take our focus off the pressing task of finding solutions.”

With the theme of “too little, too late” prevalent alongside the bitterness about the RA’s support for Phumelela, De Kock pointed out: “We cannot speak for decisions made in the past. Things are what they are, and we are in the now.

“We are fully committed to the best possible outcomes for racing, and using every available minute of our days looking for answers to elaborate questions. We are having to address a hugely complex passel of problems. We believe our efforts are important and that what we are doing, matters.

“Things cannot change overnight, there seems to be a belief that certain entities or individuals can simply ‘take over’ the industry, wipe the slate clean of undesirable factors, throw money in at risk, start afresh and proceed merrily and profitably into the future.

“This is a pipe-dream. Aside from the industryinherent difficulties that have come to a head at this critical juncture, we have had to make our decisions within a ghastly economic climate and faced with the additional and unexpected consequences of Covid19.

“Our objective has been to keep racing going for all its participants, and to this end the stakes have been reallocated in favour of minor races for the time being.

“It should be noted that the lower divisions, MR80 and below, where most competing racehorses are, will not be seriously affected. In fact, MR69 runners and the divisions below that will be racing for more money than they did before. This will assist the smaller stables and owners while catering to the majority of horses.

“The Graded horses and the higher rated ones (MR90 plus) are the biggest losers, along with the many grooms who rely on 1% commission of stakes earned by their runners. Racing is facing massive job losses, not only among grooms, but in the entire economy of racing. All races from Listed to Gr1 have had their pool of stakes slashed by 70% in order to uphold the average of R67,500, which is now being paid.

“We are acutely aware of the hardships that lie ahead and we are distressed by the possibility of losing good horsemen and smaller owners, but we’ve had to play the cards we have been dealt to help everyone actively working in this industry to the best of our ability.

“We cannot make firm predictions for racing’s future, nobody can. But we’re keeping the industry afloat and we’re asking everyone to get behind us. Let’s get racing back on track as soon as possible, work out ways to increase betting turnovers and stay hopeful.

“There was a time when the South African flag flew high at racecourses around the world. I remember so clearly the tremendous and coherent support from fans we enjoyed at our first World Cup meeting back in 2003 and at many thereafter. We are a great
racing nation, we’ve lost our spirit but we need to get it back!”

Support in principle have come from two other champion trainers in Justin Snaith and Sean Tarry, writing on respective platforms.

Snaith said: “We need to stand together and give our industry leaders and the ‘new’ Racing Association in particular our support.”

Tarry commented: “The recent stakes cut will be devastating in the immediate future, but it must be considered highly encouraging that the racing operators remain committed to sustaining horse-racing in South Africa.

“The Racing Association, who are contributing R13.1 million towards stakes in both the Phumelela and Western Cape regions, are stepping up to the plate in playing an important role in ensuring the sport continues after lockdown is lifted.”