Hawwaam will remain in SA for the time being 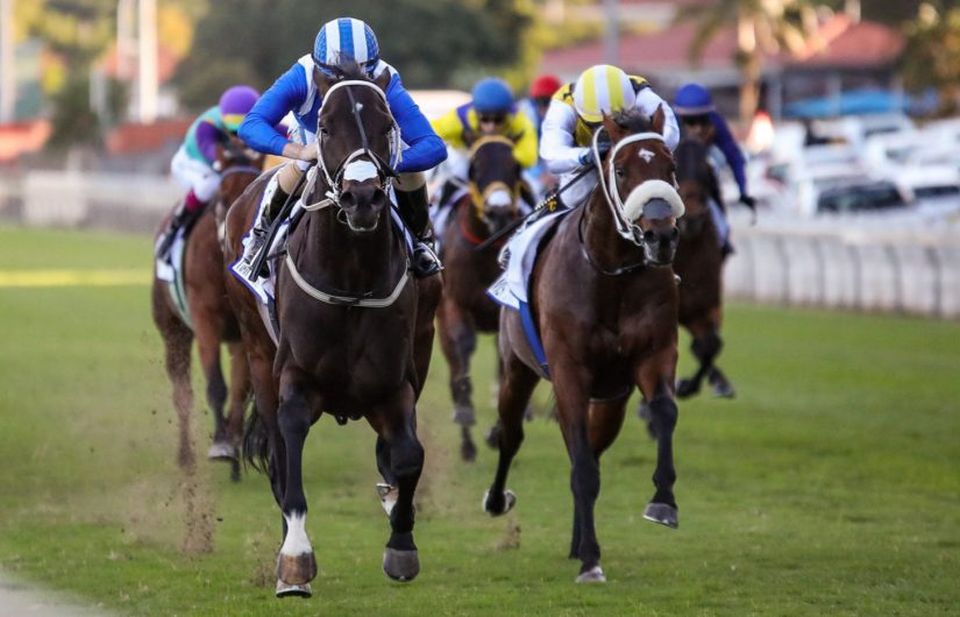 MIKE de Kock has revealed that the stable’s star, Hawwaam (photo) was sent back to Randjesfontein after the Sun Met and has stayed in work, writes DAVID THISELTON.

Hawwaam’s ultimate goal is an overseas campaign but it was decided by the connections that rather than subject him to a long an arduous journey straight after his Met run they would wait until after the EU Audit on African Horse Sickness, which is due to take place this year, to see whether there would then become the advantage of a shorter route in the foreseeable future.

Hawwaam has been entered in the Grade 1 Premier’s Champions Challenge, which he won with consummate ease last year, and his route into that race will either be through the Grade 1 HF Oppenheimer Horse Chestnut Stakes or a Pinnacle Stakes event.  – Gold Circle.