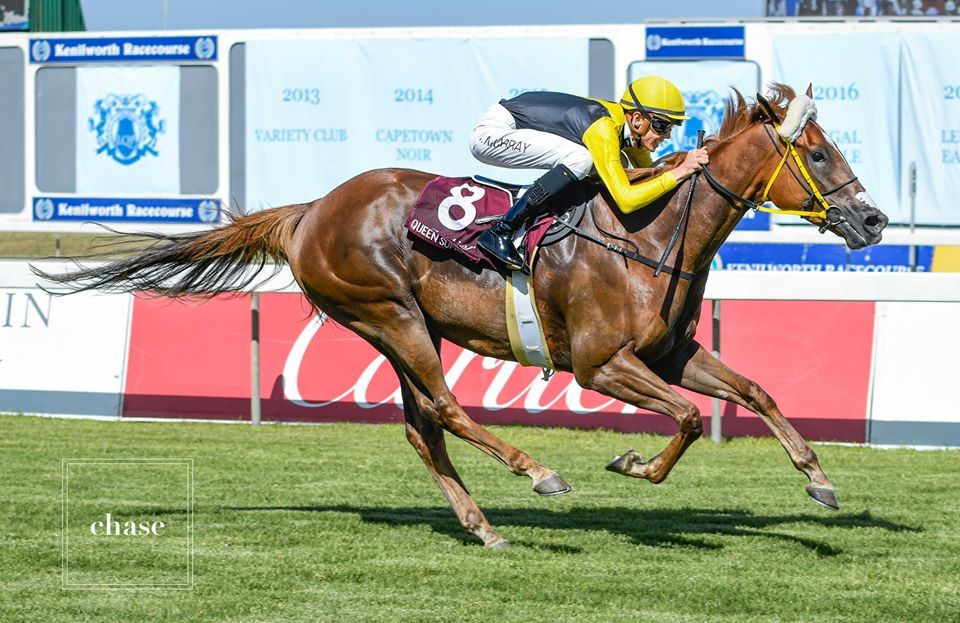 MIKE de Kock has commented on his talented filly Queen Supreme’s disappointing run in Saturday’s Gr1 Bidvest Majorca Stakes over 1600m at Kenilworth. She started 17-10 favourite following her excellent Paddock Stakes win on 11 January, but faded out to finish over 10 lengths behind Clouds Unfold. De Kock said: “This was a flat run from her, below best as we’ve seen too from other runners raiding Cape Town from Johannesburg – those who raid, run, stay in the Cape for a few weeks and then race again. We’ve seen how these runners flatten out.

“This unfortunately is what we’ve had to deal with. Horses are taken out of their comfort zones and they have to train on tracks and in stables that are foreign to them and can become susceptible to bugs and strains they haven’t been exposed to before.

“They undergo physiological changes having to work on tracks they haven’t worked on before. We saw examples last weekend of horses that came out of quarantine in Johannesburg, out of their comfort
zones, and ran well below their ability.

“We have been doing it on the back foot all the time from Johannesburg, and that is unfortunate. I don’t see any trainers out of Cape Town, racing in Gauteng, staying on and racing again three or four weeks later. I don’t see that ever happening and if it did, they’ll be subject to the same with their horses.

“I’m not trying to make excuses, but the African Horse Sickness issue and the quarantine regulations have made things very difficult for us, running out of quarantine in Johannesburg is very hard – the horses’ normal routines have to be changed two or three weeks before their runs and they are taken from their comfort zones.

“There is a human element involved too. When travelling with runners we have to move our staff between centres, take them away from their homes and families. Our time is divided as trainers and it’s an extremely costly exercise moving horses from one centre to another.

De Kock referred to negativity among “faceless internet trolls”, who complain about a lack of transparency and then criticize those who reveal stable information and offer reasons for disappointing runs.

He said: “People are quick to sling off, but they don’t really have the facts. I challenge anybody to come from Cape Town to Johannesburg and to do what we do coming the other way. Never mind acclimatisation, it works both ways.

“Having said all of this, I’m not sure we owe anyone an explanation about runners running below par. Whatever gets into the press in the interest of transparency seems to get twisted, especially on racing forums.

“We’ve tried to inform the racing public with transparent comments in everyone’s interest, but we have to suffer for that at the hands of internet trolls, many of whom have little understanding of the industry and feel it’s their right to sling off at trainers, jockeys, horses and administrators whilst hiding behind pseudonyms.

“We’re suffering abuse for our transparency. It’s often the same individuals slinging off, week after week. They contribute no value whatsoever. There are several trainers who are re-considering their stance on transparency. We’ve tried to help the punters and racing fans, those who really love racing, but all we get back in return is ridicule. Why should we continue? “This is not the racing media’s fault, they have reported our words, but there are a few negative people out there who misconstrue or purposefully misrepresent our comments and it’s doing the industry no good.

“One of my most insightful mottos in life is, ‘Suspicion haunts the guilty’. My message to the consistently bitter, obstructive commentators, who often suggest skulduggery in the racing industry is, ‘If racing is so bad, why are you still around? Why don’t you do us all a favour and get out?’”